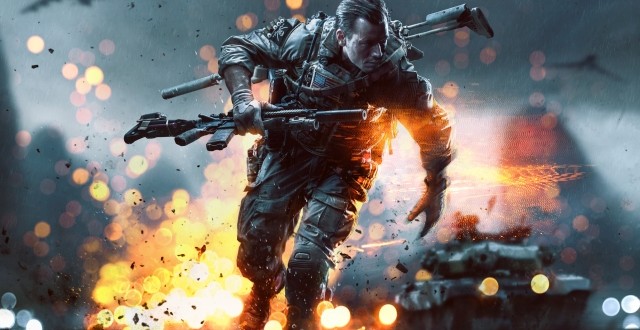 Support for Battlefield 4 will continue even after Hardline is released

DICE, the developer of Battlefield 4 promises to continue support for the title even after Battlefield: Hardline will be released. You might have heard by now about their new game, which was recently leaked. EA finally confirmed the upcoming Battlefield title yesterday, a decision that started to concern some Battlefield 4 players.

Today the devs posted a letter to the fans on the forums. In it, they say that DICE is still “committed to giving you the best BF4 experience possible.” They also explain that the Visceral Games team will be leading the development for Hardline. This means that DICE is free to continue their support of Battlefield 4. Furthermore, the company will not only continue to support the game, but they are actually planing to improve it. “There are dedicated BF4 teams in Stockholm, Uppsala and LA that will continue to address any issues that might occur. But more importantly will also look to make significant additions to the game.”

The letter reveals that a major update for the Battlefield 4 netcode is currently in the works. Additionally, the company also plans on expanding the Community Test Environment and will add new features as well.“We’re expanding the CTE program to give more and more players the chance to test new additions”. Recently added features such as Squad Join, Rent-A-Server, and Loadout Presets have been requested by the community. The letter mentions that this trend will continue. Vice President Karl Magnus Troedsson states that while DICE is excited to work with Visceral for Hardline, the ongoing support for BF4 remains a top priority. This announcement is certain to make more than a few gamers very happy, however we can’t help but be more interested in the upcoming title at the moment.

Battlefield Hardline is a brand new series in the popular franchise and will feature a cops and robbers theme. Visceral Games didn’t talk a whole lot about the game, but fortunately we already know plenty of details thanks to some leaks. The game will feature multiple modes, including Team Deathmatch, Turf War, Heist, and Blood Money. The last two will be playable at this year’s E3 if rumors are correct. Additionally, we also know that at least two teams will be available, namely SWAT and Thieves. Among the possible classes we find Enforcer, Mastermind, Techincian and Professional. Last but no least, it is said that gadgets and accessories such as laser trip mines, riot shield, and blow torch will be available in Battlefield Hardline.

The game has not received an exact launch date yet, but we do know that its scheduled to be released sometime this Fall. A lot more details are expected to be revealed at E3. Stay tuned for more news and updates.

I’m Load The Game’s co-founder and community manager, and whenever I’m not answering questions on social media platforms, I spend my time digging up the latest news and rumors and writing them up. That’s not to say I’m all work and no fun, not at all. If my spare time allows it, I like to engage in some good old fashioned online carnage. If it’s an MMO with swords and lots of PvP, I’m most likely in it. Oh, and if you’re looking to pick a fight in Tekken or Mortal Kombat, I’ll be more than happy to assist! Connect with me by email markjudge (@) loadthegame.com only
@@MarkJudgeLTG
Previous The Amazon vs Hachette Book Group dispute is still ongoing
Next HTC One (M8) Prime development stopped – Galaxy S5 Prime unchallenged?