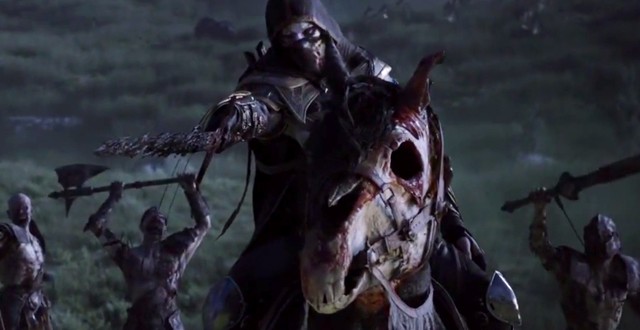 Bethesda explains why The Elder Scrolls Online was delayed on consoles

Initially, The Elder Scrolls Online was supposed to be released in June for the PS4 and the Xbox One. However, it was announced earlier this month that the game will be delayed by another six months. This means that console gamers will have to wait at least until the end of the year to get their hands on ESO.

Pete Hines, Bethesda’s Vice President of PR stated in a recent interview with CVG that the decision “seemed like the right thing to do.” He also said that the company doesn’t plan on filling the gap with some other game as they don’t really look at the situation like that. For example, in 2013 Bethesda haven’t shipped any new games at all. Sure, they released a Dishonored: Game of The Year Edition, as well as some DLC packs but no new titles. Apparently their approach is to “back a fewer number of titles and put our whole effort behind them”. Regarding the console versions of The Elder Scrolls Online, Hines says that “we’re not happy about it”, but the decision was necessary.

The Vice President also says that Bethesda tried to come up with a different solution, but it didn’t work out in the end. “We did spend a little time working with the console folks to try to come up with some kind of a thing so that the folks who couldn’t play it could buy the PC version and then add a next-gen console version later for a lot less money.” When asked about some of the other reasons that caused the delay, Hines didn’t go off on a tangent. He just reiterated that the differences between the PC and the consoles caused some problems that couldn’t be fixed in time for the June release.

“No. I mean, yes, I could but it doesn’t really matter. At the end of the day, it’s simply what we said in our statement which was that it’s about taking stuff that we know that works on the PC, but when you take that exact same system and you go to a console manufacturer, fundamentally the way it works under their architecture is different than the way that we do it.” The Elder Scrolls Online was released for PC back in April and features a subscription based business model. Most veterans of the series were not very impressed by the game as they felt it lacks the “soul” of a real Elder Scrolls game.

In any case, Bethesda plans on improving the title and have stated that new content will be released regularly. The first major update was released a few days ago and includes ESO’s first Adventure Zone, which goes by the name of Craglorn.

I’m Load The Game’s co-founder and community manager, and whenever I’m not answering questions on social media platforms, I spend my time digging up the latest news and rumors and writing them up. That’s not to say I’m all work and no fun, not at all. If my spare time allows it, I like to engage in some good old fashioned online carnage. If it’s an MMO with swords and lots of PvP, I’m most likely in it. Oh, and if you’re looking to pick a fight in Tekken or Mortal Kombat, I’ll be more than happy to assist! Connect with me by email markjudge (@) loadthegame.com only
@@MarkJudgeLTG
Previous New Titanfall content will be revealed at E3 2014
Next First Project Beast gameplay footage revealed