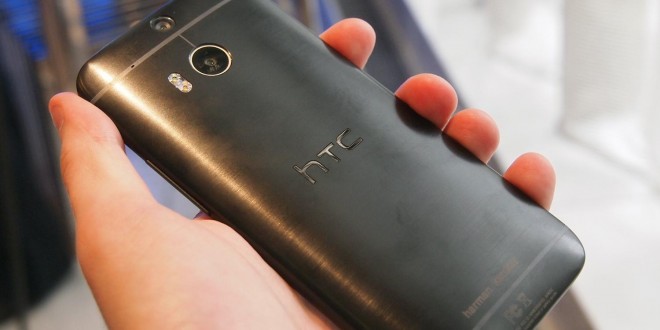 The news comes from @evleks reporting that the HTC One (M8) Prime development has been suspended indefinitely. We have no information so far about why HTC would take this decision but certainly new details will surface in the coming days. The HTC One (M8) Prime was rumored to come out as a premium version of the original to rival Samsung’s Galaxy S5 Prime also in the making. If development on the device will continue in the future we could get an even better version of the HTC One (M8) as it was speculated to make use of a 5.5-inch QHD display capable of 2K resolution and 534ppi. It would also run the latest Android 4.4.3. Hardware wise the HTC One (M8) Prime was rumored to make use of the Snapdragon 805 APQ8084 SoC chip with a quad-core 2.5 Ghz Krait processor and 3GB of RAM. The HTC One (M8)’s dual camera design was also rumored to make a comeback with a 18MP main camera and a 5MP top mounted camera for depth. Talks also suggested that it would feature the Qualcomm MDM9x35 multimedia modem to give it a 300Mbps downlink and LTE TTD capabilities.

Tech enthusiast and RPG gamer, I've been surrounded by technology and PC hardware my entire life. I'm fascinated by anything mobile, and when I'm not tinkering with some newly released gadget, I love to immerse myself in the epic tales of Role Playing Games.
Previous Support for Battlefield 4 will continue even after Hardline is released
Next Galaxy Note 2 to get Android 4.4 KitKat