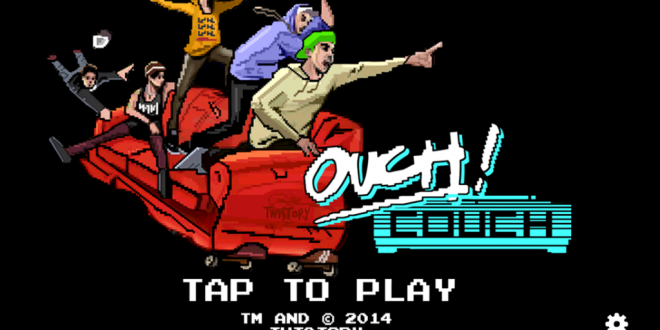 The android app-market is full of popular android games that everybody plays and knows about. But what about the ones created by small teams of developers trying to come up with something original and fun? We will present 6 of them to make sure you all hear about them. Hopefully you will enjoy them as much as we did.

Angry Jew is probably the only android game on the market with a distinct Jewish theme. Set in Russia during the 19th century, you’ll play as an Orthodox Jew named Mendel. The game isn’t trying to be insulting or mocking in any way, nor is it historically accurate. In fact Mendel is a time traveler who needs to collect as many holy books as possible. It’s a fun endless running-punching android game worth a try.

Meme Duel is combining Pong with Breakout and taking them further. You’ll be able to set up defenses or even add new bricks during the game. You can even place bricks with canons to bombard your opponent. As you progress along the game, new bricks will be available to use in your “wall”. Meme Duel features many of the well known memes found around the internet like Doge, This is Sparta or Forever alone. It even has a Megusta sun! By the way, it supports singleplayer and multiplayer modes to make things more interesting. Meme Duel is free to pick up from the android app-store and offers in-app purchases for power-ups.

Ouch Couch is a Flappy Bird-like game that can become very addictive very fast. You’ll cruise down the street in a special couch that you can launch in the air to avoid fire breathing crocodiles, penguin waiters, dancing robots, police cars, flying pigs and all kinds of weird things. You can also pick up new people on your sofa to achieve a higher score. As weird games go, this must be one of the weirdest we have tried. Pick it up from the android app-store for only $.99.

The weirdest thing about this game is its trailer. The Chub is in hell and he breaks into hell’s kitchen to eat all the food he can, it will eat everything and die in extreme ways as punishment. To control the chum, you will only have to tilt your device. Collect ingredients for cooking more food that you can eat and collect stars by dodging obstacles. Go ahead and give it a try and eat your way out of hell!

Like in the original game, the goal is to take the ball to the opposite side of the field to score. Instead of injuries tough, when two teddy bears touch, they need to hug each other and give the ball to the opposing team. You can only play this game with a friend on the same android device. It’s a cute game and it’s free so reason not to try it.

Not much to say about this one. As Obama’s secret agent, you’ll have to make sure he stays dry by holding an umbrella over his head. Of course Obama will do everything he can to make your job hard by randomly moving away from you and getting wet. You lose when the “Soak-O-Meter” in empty. This game will probably never win a Game of the Year award but it will keep you entertained for a few minutes at least. You can find it in the android app-store fore absolutely free (not that anyone in their right mind would pay for it).

Not the greatest games of all time but fun nonetheless. We hope you will enjoy them as much as we did! If you know about other weird but fun android games please share it with us in the comment section.

Tech enthusiast and RPG gamer, I've been surrounded by technology and PC hardware my entire life. I'm fascinated by anything mobile, and when I'm not tinkering with some newly released gadget, I love to immerse myself in the epic tales of Role Playing Games.
Previous Uncharted 4 is already being praised by insiders
Next Blu Vivo IV vs. Blu Life 8 vs. Nexus 5 – Newcomers vs. Veteran