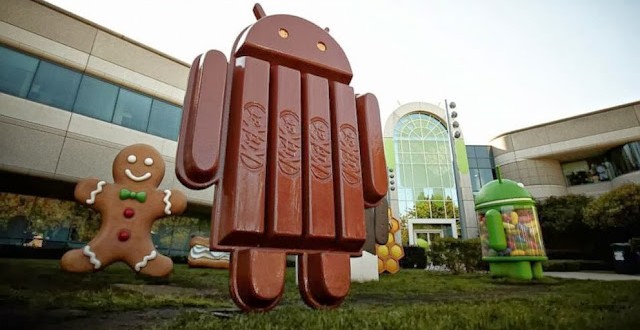 Android 4.4.3 KitKat begins rolling out for Nexus 5 and Nexus 7

Nexus 5 and Nexus 7 (2013) owners will be happy to know that the Android 4.4.3 KitKat update rollout will be starting today. T-Mobile announced that the long-awaited software update has been in development for several months but is finally ready. This information comes directly from T-Mobile support so no more rumors and speculations this time around. Android 4.4.3 KitKat, also known as version KTU84M comes with a variety of security enhancements and bug fixes for the Nexus 5. Likewise, the Nexus 7 will also benefit from 4.4.3, but the update has a different build number for this device, namely KTU84L. After being rumored for so long I’m sure a large number of Nexus owners are still skeptic regarding the update so we’ll just have to wait for reports coming in from users to be certain.

We need to mention that the messages were posted on the T-Mobile support page some time ago. However, they were last modified on June 2, 2014 at 6:35 AM so we figure that they are indeed planning to release Android 4.4.3 KitKat today. Strangely enough, a changelog has not been made available. But from what we know the update will address Wi-Fi and Bluetooth connection issues, random reboots, USB debugging and VPN problems, among others. 4.4.3 does not come with any additional features as it’s just meant to fix all the bugs that have been causing problems to Nexus owners.

I’m Load The Game’s co-founder and community manager, and whenever I’m not answering questions on social media platforms, I spend my time digging up the latest news and rumors and writing them up. That’s not to say I’m all work and no fun, not at all. If my spare time allows it, I like to engage in some good old fashioned online carnage. If it’s an MMO with swords and lots of PvP, I’m most likely in it. Oh, and if you’re looking to pick a fight in Tekken or Mortal Kombat, I’ll be more than happy to assist! Connect with me by email markjudge (@) loadthegame.com only
@@MarkJudgeLTG
Previous Mass Effect 4: Trailer rumored to be coming soon
Next Nvidia’s GTX Titan Z was released, but can you afford it?