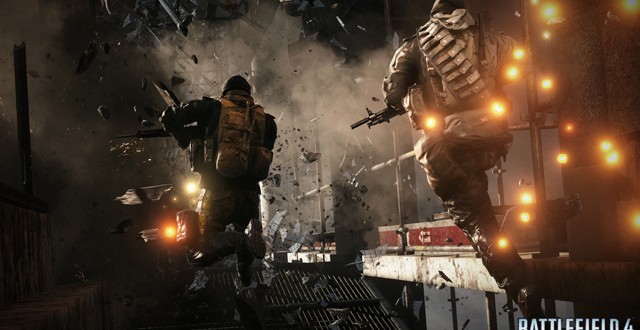 A recent Battlelog post reveals that a new update for Battlefield 4 is now available for PS3, Xbox 360, and the PC. It will also rollout for the PS4 and the Xbox One starting next week. The update was developed using the Community Test Environment (CTE) and features the new and improved Netcode.

The patch notes are quite extensive, but the main idea is that the game should now run much smoother. DICE mentions that player feedback through the CTE system played a crucial role in making this patch happen. Among the improvements that were recently implemented we find the High Frequency Network Update. This means that Xbox One, PS4, and PC users will recieve updates at a higher rate from the server, which should result in a “more “correct” player experience.” This feature is turned off by default so you will have to enable it via the user interface if you want to benefit from it. Low, Medium, and High settings are available in order to support players with limited bandwidth. The post mentions that if your connection is faster than 1 Mbit, you should be fine with using the High setting.

This was the first CTE-tested patch to contain Netcode improvements, but the company isn’t done just yet. “We are still hard at work with additional improvements and tweaks to better our network experience that did not make this release.” It’s good to see that DICE keeps their promises. This news follows an earlier announcement in which they stated that support for Battlefield 4 will continue even after the release of Battlefield Hardline. “There are dedicated BF4 teams in Stockholm, Uppsala and LA that will continue to address any issues that might occur. But more importantly will also look to make significant additions to the game.” It looks like the teams did their job, the new additions are here and will surely make Battlefield 4 players very happy.

In regards to their upcoming title, Battlefield Hardline will be a brand new series in the franchise. The title is being developed by Visceral Games (creators of the Dead Space series) and will have a cops and robbers theme. Hardline will feature multiple modes including Heist and Blood Money, which will be playable at this year’s E3. The Electronic Entertainment Expo takes place during 10-12 June and we are likely to hear more about the upcoming game at the event. Stay tuned for all the latest news and updates.

I’m Load The Game’s co-founder and community manager, and whenever I’m not answering questions on social media platforms, I spend my time digging up the latest news and rumors and writing them up. That’s not to say I’m all work and no fun, not at all. If my spare time allows it, I like to engage in some good old fashioned online carnage. If it’s an MMO with swords and lots of PvP, I’m most likely in it. Oh, and if you’re looking to pick a fight in Tekken or Mortal Kombat, I’ll be more than happy to assist! Connect with me by email markjudge (@) loadthegame.com only
@@MarkJudgeLTG
Previous Samsung Galaxy Note 8 is getting Android 4.4.2 in the US
Next Guerrilla Games’ new IP wont be revealed at E3