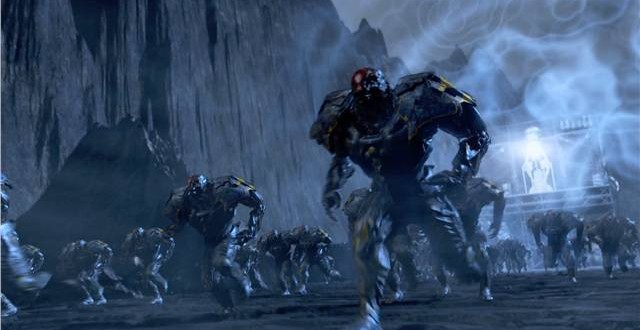 Trion Worlds’ sci-fi MMO shooter Defiance is now free-to-play on the PC. It will also go FTP on the PS3 and Xbox 360 starting with July15. The game is a tie-in to the Syfy show by the same name. Defiance – both the game and the show –  is set several decades into the future on a terraformed Earth. This announcement comes before the show’s season 2 debut, which is scheduled for June 19. The developers didn’t state any particular reason for this decision. They did jokingly mention however that the game is now NSFW: Now Safe For Wallets. Trion also invites everyone to join in on fun. And it’s free so might as well. “Join a futuristic online open-world shooter where thousands of players scour a transformed Earth competing for alien technology.”

Defiance features a persistent world with “dynamic missions, massive co-op battles, and endless exploration across a gigantic game environment.” The developers also claim that its multiplayer is pretty good. “Fight for survival in a constantly evolving environment with regular content updates and dynamic events. Play solo, or join thousands of simultaneous live players in a futuristic San Francisco Bay Area that’s a fully-realized open world. You’ve never imagined a 3rd-person shooter this huge.” An interesting feature of the game comes in the form of its crossovers with the TV show. But while the show has gained a decent amount of popularity, the game didn’t manage to do so well.

Defiance was released back in April 2013 after it had been in development since 2008. Now, just after a little more than a year later the game goes completely free-to-play. Well…maybe not completely. There are still a number of DLCs you have to purchase in order the gain access to all of the content. Prices for the packs range from $10 up to $20. There is also a DLC Bundle which you can acquire for $40 and have access to all of the DLCs. “Unlock the Castithan playable race, new weapons and vehicles, missions, and rewards, plus a bonus Hellbug Combat Cap and Lock Box. This is the complete package for the true ark hunter!”

Defiance might not be in the same class as World of Warcraft, The Elder Scrolls Online, WildStar or some of the other popular MMO’s. However, it’s hard not to recommend it for this new price. Give it a try and tell us all about it in the comments section below. Stay tuned for all the latest news and updates.

I’m Load The Game’s co-founder and community manager, and whenever I’m not answering questions on social media platforms, I spend my time digging up the latest news and rumors and writing them up. That’s not to say I’m all work and no fun, not at all. If my spare time allows it, I like to engage in some good old fashioned online carnage. If it’s an MMO with swords and lots of PvP, I’m most likely in it. Oh, and if you’re looking to pick a fight in Tekken or Mortal Kombat, I’ll be more than happy to assist! Connect with me by email markjudge (@) loadthegame.com only
@@MarkJudgeLTG
Previous Google Street View takes you to the World Cup 2014
Next Xbox One controller PC Drivers are now available