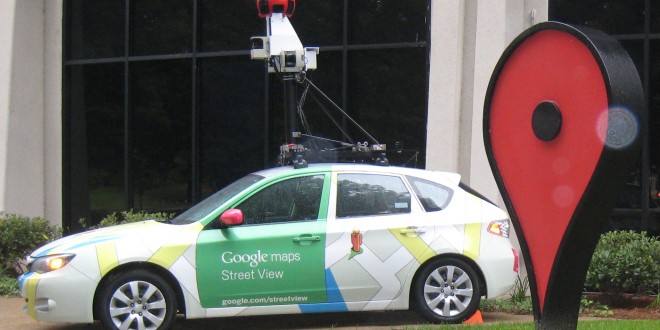 Google Street View takes you to the World Cup 2014

Google was planning to launch the Street View Imagery of all 12 World Cup stadiums. The launch took place today, just a week before the first game of the 2014 football World Cup in Brazil.  This way, Google is giving football fans the opportunity to save their tickets and expenses. The feature lets everyone explore all 12 of the World Cup Stadiums and visit Brazil’s painted streets, which is a World Cup tradition. Except for the Street View itself, Google also added some information that could come in handy to those who made the effort to travel all the way to the games. The mobile app includes transit data in all of the 12 World Cup host cities and indoor maps to more than 100 venues across the country like airports, malls and stadiums. As Google Street View’s program manager, Deanna Yick,  wrote in a blog post, “The World Cup is the biggest global sports tournament” and Street View can guide you through the cities from home or from the location itself. South American countries like Peru, Chile, Colombia and Mexico were also included in the new imagery and can be virtually visited. Of course, nothing compares to the actual, real places, but we have to admit that the feature is meant to make our lives so much easier. Street View is a feature that was created by Google Maps and Google Earth.  High end technology was used in order to provide panoramic views from various positions on almost every street. Google Street View has extended a lot in the past years and where available, it shows real streets and buildings after zooming in on a particular address.  It was introduced in 2007 and by November 2012, users can contribute with panoramas on their own using gadgets with Android 4.2. and later.

It seems like technology is bringing users closer to their hobbies, passions and sports, just like always. This time, many technology consumers will be one step closer to their favorites on the world’s biggest stadiums before and after the FIFA World Cup 2014.
FIFA Google panorama stadium street view world cup 2014-06-05
+Egon Kilin
Share

I’m Load The Game’s co-founder and community manager, and whenever I’m not answering questions on social media platforms, I spend my time digging up the latest news and rumors and writing them up. That’s not to say I’m all work and no fun, not at all. If my spare time allows it, I like to engage in some good old fashioned online carnage. If it’s an MMO with swords and lots of PvP, I’m most likely in it. Oh, and if you’re looking to pick a fight in Tekken or Mortal Kombat, I’ll be more than happy to assist! Connect with me by email markjudge (@) loadthegame.com only
@@MarkJudgeLTG
Previous Borderlands: The Pre-sequel will be released on October 14
Next Defiance is now free-to-play