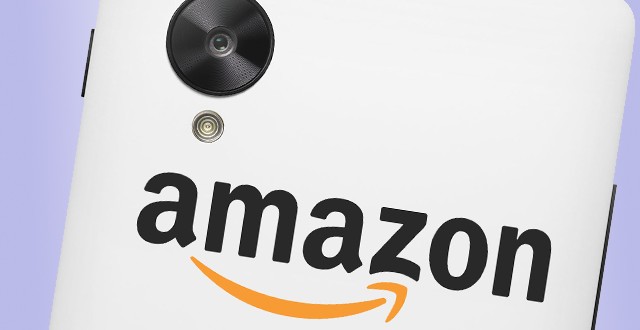 Amazon posted a promotional video for a new product announcement that’s going to take place on June 18th. It’s probably the rumored smartphone that we kept hearing about lately. A few frames of the video reveal the top of a smartphone as discovered yesterday by a sharp eyed Google+ user. Sources say that Amazon plans to announce a smartphone this month so this is really sounding like that’s what they’re going to reveal on June 18th.

The Amazon phone is rumored to have a 4.7-inch panel and 720p, which is pretty low-resolution. But it apparently has a 3D display with a hologram-like effect that’s generated by four cameras built all around the outside of the device. It’s said to work sort of like the XBox Kinect to understand where your eyeballs are so that it knows exactly how to show 3D without you having to wear goofy glasses. This sounds surprising because these kind of gimmicks are very risky in the smartphone market. What people tend to want in a smartphone is high quality screens, a lot of performance and power, great cameras and so on. 3D hologram-like effects seem like very new territory.

This is akin in a way to the curved televisions that haven’t quite taken off yet even though they were very hyped at places like the CES. The Amazon promo video is set up in a way that they don’t actually show the actual device, you’re just watching people react to it. The build-up around it seems very fascinating from a cultural stand point. The people in the video are shown rocking back an forth while using the phone which indicates they’re seeing the 3D effect in action. One thing that Amazon could do is gimmicky pricing for the device. We’re really interested to see how the company might subsidize the cost of the phone.

It’s a reasonable speculation because they also did that with their Kindle tablets. Amazon’s bread and butter is downloadable content and goods that you can buy from their enormous catalog of products. To subsidize a device like this is good for business if the smartphone ends up facilitating purchases. Like the Kindle tablets that run Android, this is almost certainly going to be a forked version of the operating system that wont take you to the Google Play Store. It will take you to all the Amazon alternatives instead. We’ll let you know as soon as we hear any more details so stay tuned.

I’m Load The Game’s co-founder and community manager, and whenever I’m not answering questions on social media platforms, I spend my time digging up the latest news and rumors and writing them up. That’s not to say I’m all work and no fun, not at all. If my spare time allows it, I like to engage in some good old fashioned online carnage. If it’s an MMO with swords and lots of PvP, I’m most likely in it. Oh, and if you’re looking to pick a fight in Tekken or Mortal Kombat, I’ll be more than happy to assist! Connect with me by email markjudge (@) loadthegame.com only
@@MarkJudgeLTG
Previous Sprint is looking to buy T-Mobile for $32 billion
Next 5 Best Games For BlackBerry OS – Time to Play!