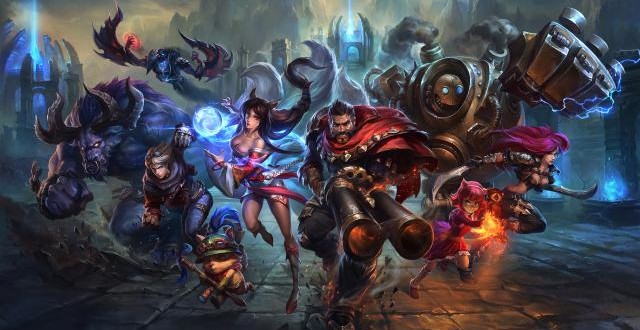 Riot announced that the next League of Legends major update will focus on the Summoner’s Rift. The company says they have worked on this update for some time now and are almost ready to push it to the Public Beta Environment. Summoner’s Rift is the most commonly used League of Legends map so it was high time it received an overhaul. However, given its importance to the game, all changes must be carefully considered before being implemented. Riot says that the basic structure of the map will not be undergo any modifications. “Flashable walls, turret ranges, lane sizes, brush interaction and ward placements are exactly as they are on the current map.” The updated Summoner’s Rift will do a better job at drawing your attention to important information.

“When fights break out, the environment should be the background, allowing particle effects and champions to pop off the screen and feed players the crucial data they need to make the right play.” Riot also explains that the updated Summoner’s Rift will help League of Legends players and spectators stay oriented throughout the game. The map will feature new texture rendering, which should greatly improve its overall appearance. On the downside, this means that the new Summoner’s Rift will be a bit more taxing on your machine as it requires more RAM. But Riot says they are working on optimization as well so the update shouldn’t require you to upgrade your computer. Details regarding art design for the update will be available soon via the dev blogs. In preparation for the update, the company provided us with a brief description of the improved Summoner’s Rift.

“The western half of the map looks damaged by the emergence of Baron Nashor, while the eastern half feels ancient and overgrown. This, alongside each quadrant’s respective buff, gives every jungle section thoughtfully placed landmarks and subtle color cues. Speaking of the jungle, a cadre of new monsters made Summoner’s Rift home, sporting designs that more accurately reflect their respective gameplay characteristics. For example, the Krugs’ (double golem replacements) rocky exteriors look like the damage soaking mini-tanks they are–and they appear weaker than the hulking Blue Sentinel.”

As a final note, Riot says the devs are working closely with the League of Legends community and are counting on their feedback. They didn’t mention when the update will go live on the PBE. They did however release a short video showing some pre Beta footage of the updated Summoner’s Rift. Check it out below and remember to stay tuned for all the latest news.

I’m Load The Game’s co-founder and community manager, and whenever I’m not answering questions on social media platforms, I spend my time digging up the latest news and rumors and writing them up. That’s not to say I’m all work and no fun, not at all. If my spare time allows it, I like to engage in some good old fashioned online carnage. If it’s an MMO with swords and lots of PvP, I’m most likely in it. Oh, and if you’re looking to pick a fight in Tekken or Mortal Kombat, I’ll be more than happy to assist! Connect with me by email markjudge (@) loadthegame.com only
@@MarkJudgeLTG
Previous Nexus 5 vs LG G2 – KitKat support, price and future proofing
Next Worms Battlegrounds Released!