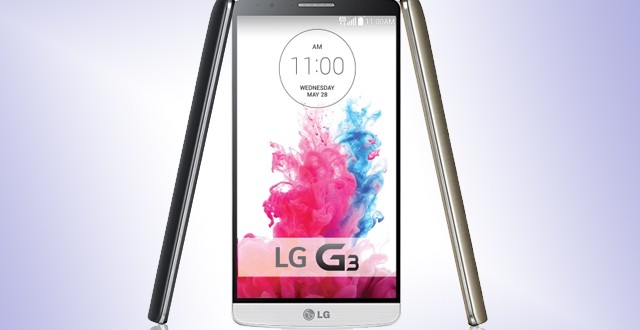 LG G3 Mini seems to be in the works

After being the subject of rumors and speculations for a number of months, the LG G3 was finally announced on May 27th. LG’s latest flagship will hit the market sometime later this month, but it looks like the Korean company already has plans for a new device. If rumors are correct, a miniature handset based of the G3 seems to be in the works. Unsurprisingly entitled the LG G3 Mini, this device should please customers who are looking for a more compact version of the upcoming smartphone. Reports about this have first started surfacing back in April, but now some solid details have finally emerged as well. While it’s always a good idea to take these rumors with a grain of salt, the idea itself isn’t too far fetched.

The company already released a smaller version of their previous flagship back in February. Given that Mini variants of popular smartphones are becoming more and more common, it’s only natural to assume that the LG G3 will get one as well. According to reports, the upcoming device currently goes by the name of LG -D722 and was already spotted on a few websites. We don’t know anything about its design yet, but we assume that it will end up being very similar to the regular phone. On the other hand, we do know quite a bit about its rumored specs.

The LG G3 Mini is said to feature a 720p 4.5-inch display with 1280 x 720 resolution. Under the hood we find a quad-core processor running at 1.2 GHz, 1GB RAM and 8 GB of internal storage memory. Other specs include a 2.100 mAh battery and possibly a 5 megapixel primary camera. We have to note that some sources suggest an 8 megapixel shooter with optical image stabilization instead. By comparison, the regular LG G3 sports a massive 5.5-inch panel with 2560 x 1440 resolution. The device comes equipped with a powerful Qualcomm Snapdragon 801 quad-core processor @ 2.5 GHz. Spec-wise, we can also expect 3 GB RAM, 13 megapixel camera with OIS, a 3.000 mAh battery, and 16GB/32GB internal storage options.

It looks like LG isn’t content with just offering a device that can go toe-to-toe with pretty much any other flagship out there. The company plans on tackling the Mini smartphone market as well. Mini versions of the HTC One M8 and Samsung Galaxy S5 are also on the way, and will most likely be the main competitors for the LG G3 Mini.

I’m Load The Game’s co-founder and community manager, and whenever I’m not answering questions on social media platforms, I spend my time digging up the latest news and rumors and writing them up. That’s not to say I’m all work and no fun, not at all. If my spare time allows it, I like to engage in some good old fashioned online carnage. If it’s an MMO with swords and lots of PvP, I’m most likely in it. Oh, and if you’re looking to pick a fight in Tekken or Mortal Kombat, I’ll be more than happy to assist! Connect with me by email markjudge (@) loadthegame.com only
@@MarkJudgeLTG
Previous More Samsung Galaxy Note 4 details emerge, including release date
Next iPhone 6 will feature Wireless Charging according to a new report