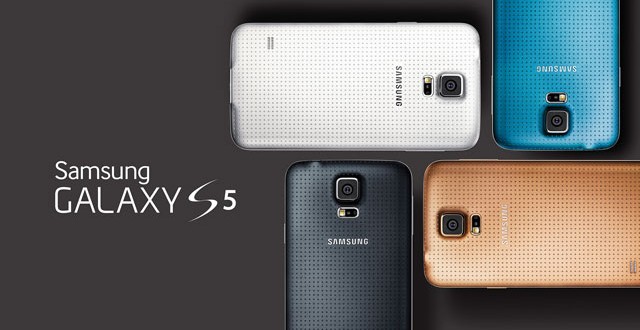 Samsung Galaxy S5 sold very well since it was first released back in April. The device managed to sell over 21 million units during the second quarter of the year. Recent sales reports reveal that only about 15 million Samsung Galaxy S5 smartphones will be shipped in Q3. Galaxy S4 orders for the third quarter have also dropped from 6 million down to just 5 million. A reason for this might be the release of the highly anticipated LG G3. While Samsung’s flagship is still arguably the most popular handset around, many buyers are interested in seeing what else is available on the market. The G3 comes with some impressive specs and a great display so it’s only natural that some would prefer it over the S5.

On the other hand, there is also the strong possibility that a lot of people are holding on the their money in anticipation of Apple’s iPhone 6. Rumor has it that the company will release their latest flagship sometime later this year, probably around September. The iPhone 6 is said to come in two variants, one with a 4.7-inch display alongside a larger 5.5-inch one. Some claim that the bigger version might actually go up to 5.7-inch, but this is all just speculation for now. Sources are hinting at highly anticipated features like Wireless Charging and Touch ID fingerprint scanner. Also, the smartphone will presumably feature scratch-resistant Sapphire coating and run on the recently unveiled iOS 8.

It’s not difficult to understand why many would rather wait for the iPhone 6 rather than buy a Samsung Galaxy S5 now. The loyalty of Apple’s customers is already famous so the fact that they aren’t keen on buying from a rival manufacturer shouldn’t surprise anyone. With the iPhone 6 on the way and HTC One M8, LG G3, and Sony Xperia Z2 already on the market competition seems to be fiercer than ever. We know the Korean company is planning to release the Samsung Galaxy Note 4 sometime later this year. However, they might need something before then in order to stay on top. Word on the street is that a premium version of the Galaxy S5 called Galaxy S5 Prime is currently in the works.

The device is said to come with better specs and display than its counterpart. S5 Prime will also feature an aluminum chassis according to the most recent leaks. We assume this new device will run on Android 4.4.3 KitKat, which has already started rolling out for a number of devices. We’ll let you know as soon as we learn something new so stay tuned.

I’m Load The Game’s co-founder and community manager, and whenever I’m not answering questions on social media platforms, I spend my time digging up the latest news and rumors and writing them up. That’s not to say I’m all work and no fun, not at all. If my spare time allows it, I like to engage in some good old fashioned online carnage. If it’s an MMO with swords and lots of PvP, I’m most likely in it. Oh, and if you’re looking to pick a fight in Tekken or Mortal Kombat, I’ll be more than happy to assist! Connect with me by email markjudge (@) loadthegame.com only
@@MarkJudgeLTG
Previous OnePlus One Review – Cheap, but any good?
Next Some cool Android Apps you should have!