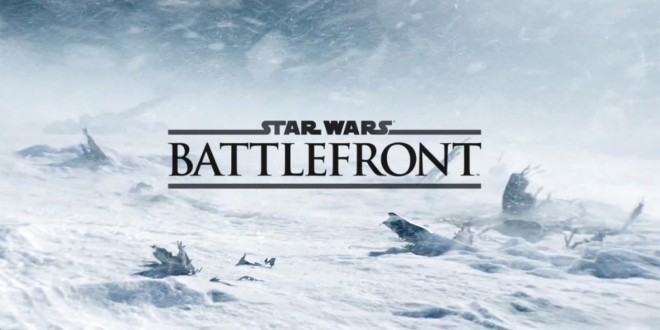 EA’s press conference at E3 started with a trailer for Star Wars: Battlefront, did not show much of the actual game, but at least it’s in the making. We might not see any more reveling information about it until spring 2015. From what we can learn from the video is that Star Wars: Battlefront is in good hands, as dice is looking for inspiration by studying old props and also visiting filming locations to catch the feel of the original films.

From the small in-engine footage shown in the video, we can observe that the locations were very faithfully captured. We get to see Hoth and the forest moon of Endor, along with the iconic Rebel Alliance snowspeeder, speeder bike, imperial AT-ST and the stormtrooper. No combat footage was shown in the video, that made the Star Wars: Battlefront series so great. The game will be powered by the Frostbite Engine 3.

Previous titles of Star Wars: Battlefront included a mixture of characters from all VI Star Wars films so DICE will probably introduce Clone War-era soldiers and character. It might even include some of the settings from the upcoming Star Wars VII that’s planned to come out in 2015.

Star Wars: Battlefront has no release date so far, as CCO Peter Moore said at EA’s E3 press conference: “These games are so big and you’ve got to get the game right. We’re often criticized for release dates and getting ahead of it too early. I never believed in nailing a date and then reverse engineering the title backwards from the date, it just doesn’t work. When we’re comfortable, we’ll announce a release date.” Battlefront is only on of the Star Wars titles that EA is planning to release in the next decade. Viceral’s unannounced Star Wars game might be up next whit Amy Henning as writer and overseer of the production.

Tech enthusiast and RPG gamer, I've been surrounded by technology and PC hardware my entire life. I'm fascinated by anything mobile, and when I'm not tinkering with some newly released gadget, I love to immerse myself in the epic tales of Role Playing Games.
Previous E3 2014: The Division gameplay demo revealed
Next E3 2014: Next Mass Effect details revealed by Bioware