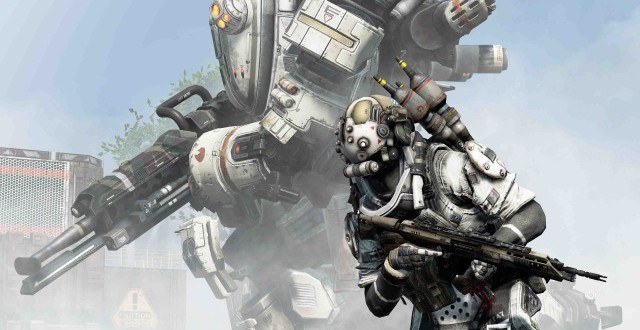 Titanfall 2 rumored to be arriving for the PS4

A report from the Wall Street Journal revealed today that Titanfall 2 will be available for the PS4 when it will be released. Titanfall was launched back in March for the Xbox 360, Xbox One, and PC. It was the best selling game of that month and one of the most successful Xbox One exclusives to date. News that the sequel will also be developed for Microsoft’s rival is a little odd, to say the least. The source didn’t mention anything about its name so we’ll just call it Titanfall 2 for now. He did mention however that the title is “in the planning stages.”

The Wall Street Journal didn’t mention anything about their sources so we should take the rumor with a grain of salt for now. They just said that “Microsoft has benefited from the Xbox-exclusive shooting game “Titanfall” from Electronic Arts Inc., which was the best-selling title of March and April in the U.S. But its follow-up game, which is in the planning stages, also will be available for the PS4, a person close to the development effort said. EA declined to comment.” We don’t know who this person might be, but let’s hope he’s right. Many PS4 players have expressed the desire to play Titanfall so maybe they will be able to do so with it’s sequel.

Earlier reports also suggested that a sequel is in the works, and that it will be a cross platform game. EA officially confirmed last month that it had signed a deal with Respawn Entertainment so they can make more Titanfall content. We already know that some of this content will come in the form of more DLCs. Aside from Expedition, two more packs will be released sometime this year. We will likely hear all about them at E3, which is schedule to begin soon. Hopefully, we will also learn some details regarding Titanfall 2, or whatever its name is.

Respawn Entertainment’s Vince Zampella did state that the company will make PS4 games at some point. When asked about this, he said that “Of course we will, just not the first Titanfall.” This answer also implies that a second Titanfall will indeed be in the works someday. If we are to believe the latest reports, it seems that day has already arrived. We expect to hear all about Titanfall-related announcements during EA’s press conference, which starts at 12 P.M. PDT. Stay tuned for more news and updates.

I’m Load The Game’s co-founder and community manager, and whenever I’m not answering questions on social media platforms, I spend my time digging up the latest news and rumors and writing them up. That’s not to say I’m all work and no fun, not at all. If my spare time allows it, I like to engage in some good old fashioned online carnage. If it’s an MMO with swords and lots of PvP, I’m most likely in it. Oh, and if you’re looking to pick a fight in Tekken or Mortal Kombat, I’ll be more than happy to assist! Connect with me by email markjudge (@) loadthegame.com only
@@MarkJudgeLTG
Previous 5 Great Google Chrome Extensions
Next Samsung Galaxy Tab 3 7.0 getting Android 4.4.2 on Sprint