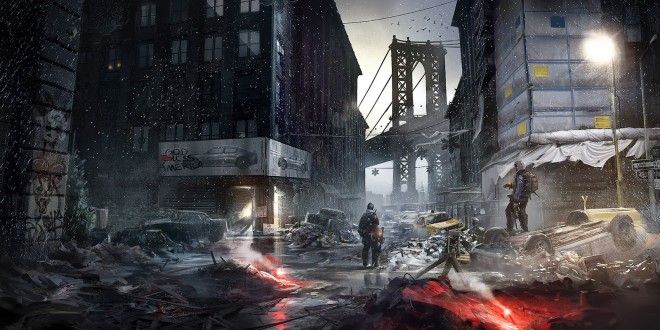 Trailers play a big part in today’s game industry and it’s probably the best way to promote a new product, whether it’s a new gadget, movie or game. During this year’s E3 conference we could see so far a lot of highly detailed trailers and gameplay videos, meant to ramp up the hype around the upcoming titles. Some of them were created solely with CGI others opted for the game engine. The message was always the same: what to expect from the game and what makes it special. We rounded up some that we consider the best shown so far.

We could see new gameplay footage from The Division presented by Massive entertainment during Microsoft’s E3 2014 press conference. Before it got delayed until next year, The Division was one of the most anticipated title of the year. The gameplay footage offers great new details about the games graphics, combat system and overall atmosphere. If you haven’t seen it before, enjoy!

The Dead Island 2 trailer at the E3 press conference managed to bring some great humor to the show. it presents a Jogger as its running through a beach side setting oblivious to the Zombie apocalypse happening behind him, all matched with great music, further enhancing the contrast. Hopefully the game will deliver and will improve upon its predecessor. Dead Island 2 is set to release in spring 2014 on PC, Xbox One and PS4.

Ubisoft’s Assassins Creed Unity got presented through a gameplay demo at the E3 2014 conference. The Assassins Creed series were always famous of their gorgeous graphics and detailed environment’s. Unity, it seems, will be no exception. It will be set Paris at the time of the French Revolution with a “truly open world, entirely available for you and your friends to explore, the result is an urban playground that’s yours to discover with seamless interiors, massive catacombs and monumental scope and scale.” The gameplay footage reveals the co-op multiplayer aspect of the game along with game mechanics, denser and interactive crowds, weapons and even an assassination at the end.

343 Industries is planning a 10th anniversary edition of Halo 2, bundled together with Halo 3, Halo 4 and Halo: Combat Evolved. All the older games will be available in full HD at 60fps for the Xbox One, with multiplayer support with dedicated servers. The bundle will be available for $60 and purchasing it will provide access to the Halo 5: Guardians Beta in December.

Konami’s Metal Gear Solid V: The Phantom Pain trailer looks epic. We don’t want to explain too much about this one, it shows how big and epic the Metal Gear Solid world and story has got along the years. The trailer is full of story scenes; set after the gameplay of last year’s E3 trailer and also shows some actual gameplay. It raised a lot of questions about how the plot will unfold but set the tone of the story to revolve around anger, hatred and remorse.

Tech enthusiast and RPG gamer, I've been surrounded by technology and PC hardware my entire life. I'm fascinated by anything mobile, and when I'm not tinkering with some newly released gadget, I love to immerse myself in the epic tales of Role Playing Games.
Previous Wii U exclusive Bayonetta 2 coming this October
Next DOOM teaser confirms QuakeCon 2014 reveal