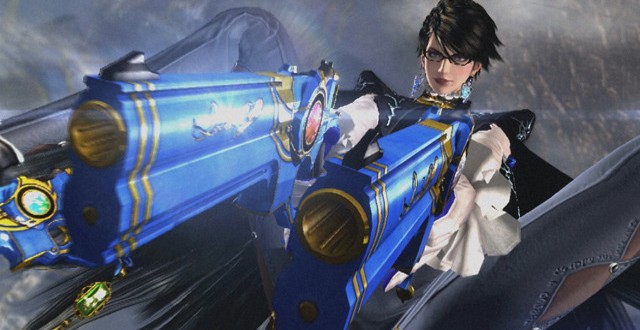 Nintendo announced today during their E3 digital event that Bayonetta 2 will grace the Wii U this October. The sequel to Bayonetta will also include the original game so you’re basically getting two games for the price of one. Strangely enough, Bayonetta skipped the Wii U when it was released back in 2009 and only became available for the PS3 and Xbox 360. Now we see that Bayonetta 2 is skipping all other platforms and will be released as a Wii U exclusive title. The game adds some brand new attacks and abilities to everyone’s favorite witch. Check out some of the new features below.

If you’watch the trailer I’m sure you’ll notice some familiar looking costumes near the end. The Wii U port of the original Bayonetta will let you dress up as some of your favorite characters from other games by Nintendo. This includes Link from The Legend of Zelda, Princess Peach from the Super Mario games, and Samus Aran from Metroid. In addition, some of her attacks are inspired by Nintendo games in order to match the theme of this 2 in 1 package.

Bayonetta 2 is being developed by Platinum Games, just like the original. The game is no yet available for pre-order, but Nintendo says that it will be in the near future. Stay tuned for more news and updates.

I’m Load The Game’s co-founder and community manager, and whenever I’m not answering questions on social media platforms, I spend my time digging up the latest news and rumors and writing them up. That’s not to say I’m all work and no fun, not at all. If my spare time allows it, I like to engage in some good old fashioned online carnage. If it’s an MMO with swords and lots of PvP, I’m most likely in it. Oh, and if you’re looking to pick a fight in Tekken or Mortal Kombat, I’ll be more than happy to assist! Connect with me by email markjudge (@) loadthegame.com only
@@MarkJudgeLTG
Previous The Order 1886 gameplay trailer, release date, and features
Next Top 10 Game Trailers at E3 2014 So Far!