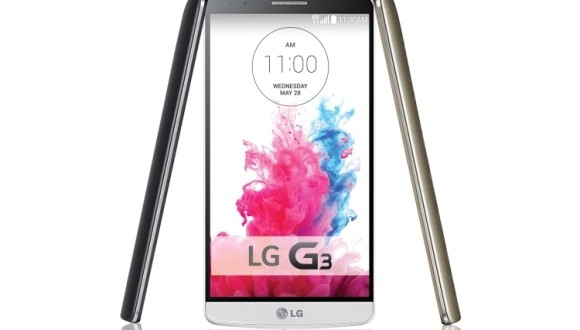 The highly regarded @Evleaks industry insider struck again yesterday, by tweeting about the LG G3’s pre-order and release date in the United States. It seems the first carrier to receive LG’s successor to the fantastic G2 will be Verizon, and the phone will be up for grabs on the 17th of July. We’ve been expecting the LG G3 to launch in the United States by the end of July, but this release date is actually surprisingly close, at least closer than many have been expecting. Pre-orders will begin on the 10th of July. At the moment, it’s unclear when exactly will the LG G3 arrive for those that pre-order, but it’s usually around 2 days prior to the regular launch.

This leak would suggest that other major US carriers will be getting the LG G3 at the end of July too, including Sprint and AT&T. We don’t have official prices yet, but the phone will likely cost around the $200 mark with a two-year contract, and around $700 without one. Of course, we’ll know more about prices and availability, retailers and the like towards the beginning of July. Regardless, it’s best to get ready to break the piggy-bank. So far, everyone getting some hands-on time with the LG G3 seemed to be impressed, and the phone is definitely going to draw attention. CNET provided positive feedback after its hands-on with the G3, only mentioning concerns relating to the user interface and the reliability of LG’s take on Android. Of course, with over a month until its launch, LG has more than enough time to iron everything out with its software.

In the meantime, the LG G3 is already available in Korea, and it’s enjoying extreme success. In about a week from it’s launch, the LG G3 sold twice as much units as last year’s LG G2, reaching 133,000 units sold. In its launch day alone, the LG G3 sold 14,000 units, which is almost twice as much as its direct competitor, the Samsung Galaxy S5, which sold 7,500 units on its first day. Part of the success of the LG G3 in Korea comes from mediocre reviews concerning the Samsung Galaxy S5, as well as the acknowledgment that Apple will only be launching the iPhone 6 later this fall, meaning the LG G3 currently enjoys smooth sailing with little significant competition. LG is still behind Apple and Samsung in general sales world-wide, but the LG G3 will most likely help at least close this gap a bit. How well the US consumers will react to the phone remains to be seen towards the end of July.

Old-school gamer with a cheeky tongue that gets me in trouble. When I'm not playing games, I'm writing about them, preferably in the vicinity of a fridge! Oh, and if you're a Justin Bieber fan, I'm afraid we can't be friends!
Previous Diablo 3 Ultimate Evil Edition PS4 exclusive content revealed
Next The Motorola Moto X gets a 64 GB version but at a hefty price