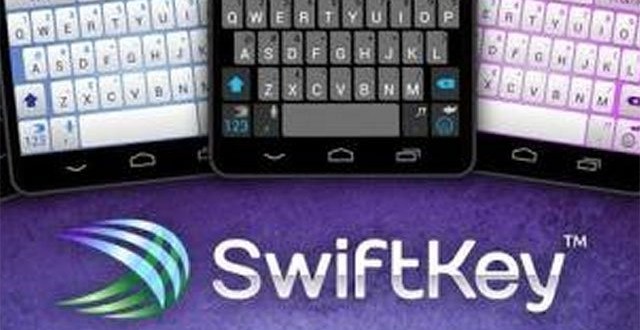 The Android app SwiftKey previously cost $3.99 to download but now it costs $0, which is obviously a big change in the business model. This is a very bold decision made by the company. $4 wasn’t all that cheap to begin with as far as Android apps go so to drop the price tag entirely is going to close an important revenue source for them. Another way they can make money is by licensing deals. They already license their technology to Samsung for example. They’re on the Galaxy phones, you just don’t see their branding there. They were also on the Blackberry 10 operating system. That’s another way SwiftKey can continue to make money even if their app is now free.

A pretty important coincidental timing to all of this is that suddenly Apple is going to allow third party keyboard developers to create apps for iOS 8, the new mobile platform for iPhone which is coming out later this year. SwiftKey is going to get a lot more downloads now that it’s free on Android and presumably on the iPhone as well. However, now that they’re on iOS it’s more likely that they will make money through in-app purchases. From what we’ve seen in the past people spend more on these purchases on iOS phones than they do on Android. It would have been a really crazy move for them to do this if they didn’t have the opportunity to be on iPhones in just a few months. It’s a curious strategy because it seems that the iOS is a perfect opportunity for SwiftKey to sell the app itself simply because people generally spend more money on this platform.

Apple has suddenly surprised everybody with this and they’re probably gonna be faster on the draw with the iOS keyboard than other companies. SwiftKey could have sold this as an iOS app for at least a few more months before they switched to this model. But maybe they know something that we don’t. The reason why they don’t just put a price tag on the iOS might be that Apple is basically copying SwiftKey with the next generation of their own keyboards on the iOS 8. At the same time they’re allowing third party keyboard developers to sell on the App Store and they also enhanced their own keyboard to have the three-word Predictive Interface that looks exactly like SwiftKey does. To counteract that, they have to be free because nobody with an iPhone would pay for a keyboard that they already have as part of their iOS update.

I’m Load The Game’s co-founder and community manager, and whenever I’m not answering questions on social media platforms, I spend my time digging up the latest news and rumors and writing them up. That’s not to say I’m all work and no fun, not at all. If my spare time allows it, I like to engage in some good old fashioned online carnage. If it’s an MMO with swords and lots of PvP, I’m most likely in it. Oh, and if you’re looking to pick a fight in Tekken or Mortal Kombat, I’ll be more than happy to assist! Connect with me by email markjudge (@) loadthegame.com only
@@MarkJudgeLTG
Previous India will introduce $25 Firefox OS smartphones
Next Uncharted 4: A Thief’s End might be the final entry in the series