Breaking News
Home » ARTICLES » Uncharted 4: A Thief’s End might be the final entry in the series 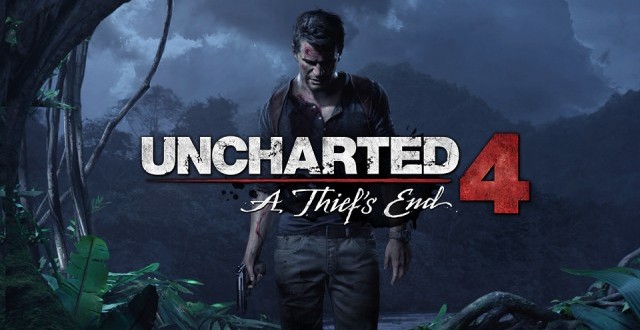 Uncharted 4: A Thief’s End might be the final entry in the series

The latest entry in the Uncharted series was revealed just a couple of days ago during E3 2014. Nolan North, better known as the voice of Nathan Drake thinks that Uncharted 4: A Thief’s end will be the final chapter. North told IGN that although Naughty Dog didn’t confirm this will be the last one, he believes that it might be. The voice actor also says that he hopes no one else will take the franchise any further in the eventuality that this is the last Uncharted game developed by Naughty Dog. A Thief’s End certainly looks impressive in the trailer so at least the studio plans on ending the series with a bang.

“It’s bittersweet but at a certain point you want to go out on top,” North told IGN. “If this is the last one indeed, and I believe it’s the last one – nothing’s confirmed, but I believe it’s the last one Naughty Dog wants to do, in which case I hope somebody else doesn’t pick up the mantle because they’ve done it so well for so long – but yeah, it’s one of those things where you just have to cross that bridge when you get to it. I like the idea of going out on top so we better do a hell of a job with this one… and it’s already looking pretty good.”

Uncharted 4: A Thief’s End follows Nathan Drake as he is forced back into the world of thieves. The synopsis reveals that the stakes are much higher this time for the fortune hunter and he will have to sacrifice much before his adventure is over. In regards to the gameplay, Uncharted 4: A Thief’s End will be an action packed game that will keep you on the edge of your seat according to game director Bruce Straley. “Gameplay-wise, we’re just going deeper and richer with all the mechanics,” Straley says. “It’s still going to be a roller-coaster ride; it’s still going to have that pacing. We still want you on the edge of your seat, but at the same time, we want to make sure that you as players–I, as a player–want to play this thing and feel invested. And we want to make sure we have that with the epic, with the pacing, with the characters that we’re known for.”

An exact release date for Uncharted 4: A Thief’s End has not be announced yet, but Naughty Dog says the game will come out sometime next year for the PS4 only. Stay tuned for more news and updates.

I’m Load The Game’s co-founder and community manager, and whenever I’m not answering questions on social media platforms, I spend my time digging up the latest news and rumors and writing them up. That’s not to say I’m all work and no fun, not at all. If my spare time allows it, I like to engage in some good old fashioned online carnage. If it’s an MMO with swords and lots of PvP, I’m most likely in it. Oh, and if you’re looking to pick a fight in Tekken or Mortal Kombat, I’ll be more than happy to assist! Connect with me by email markjudge (@) loadthegame.com only
@@MarkJudgeLTG
Previous The SwiftKey Android app is now free
Next Diablo 3 Ultimate Evil Edition PS4 exclusive content revealed