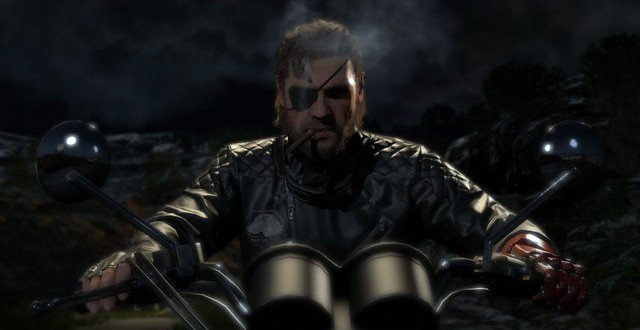 Hideo Kojima depressed by the PS4 version of GTA 5

Metal Gear Solid 5: The Phantom Pain was featured at this year’s E3 complete with gameplay demo and a healthy amount of details. The game managed to impress not only veterans of the series but also people who are less familiar with MGS titles. It’s safe to say that developer Konami and director Hideo Kojima are quite happy with people’s positive reaction to the game. However, there was yet another game presented at the expo that managed to impress the audience, and even Kojima himself. Rockstar announced at E3 that the long-awaited PC, Xbox One, and PS4 versions of GTA 5 will be released this Fall.

Kojima stated earlier that he was feeling depressed when his game was still early in development and Rockstar were showing off the sandbox world of GTA 5. Those feelings went away as work on Metal Gear Solid 5: The Phantom Pain was progressing, but then Rockstar came on stage at E3 and revealed the new and improved version of Grand Theft Auto 5. In a recent interview with CVG the legendary director described his reaction upon seeing the trailer for the PS4 version of the game. Hideo Kojima was asked if he was feeling happy now that MSG 5 is further in development. His response can be viewed below.

“It’s a bit different because Rockstar is going in a very different direction to what I’m trying to create. When we say we’re an open-world game it makes it sound like it’s trying to be the same as what those guys are creating. But this is very different – I’m trying to do a free infiltration game, so me being happy or depressed is a little bit unrelated. What Rockstar has created and the world they have created is super impressive, and actually when I saw the PS4 version a few days ago I got depressed again. And this is not game design-related it’s just me. The quality that they showed in the PS4 trailer was really impressive.”

While Metal Gear Solid 5: The Phantom Pain might not feature a sandbox world like GTA 5 does, the game still has plenty going for itself. The upcoming title is said to be around 200 times larger than it’s prequel, Metal Gear Solid 5: Ground Zeroes. Needles to say, you’re going to sink quite a large number of hours in it even without the existence of an open-world. The Phantom Pain is being developed for Xbox 360, Xbox One, PS3, and the PS4. A release date has not been announced yet.

I’m Load The Game’s co-founder and community manager, and whenever I’m not answering questions on social media platforms, I spend my time digging up the latest news and rumors and writing them up. That’s not to say I’m all work and no fun, not at all. If my spare time allows it, I like to engage in some good old fashioned online carnage. If it’s an MMO with swords and lots of PvP, I’m most likely in it. Oh, and if you’re looking to pick a fight in Tekken or Mortal Kombat, I’ll be more than happy to assist! Connect with me by email markjudge (@) loadthegame.com only
@@MarkJudgeLTG
Previous Samsung Galaxy Note 4 will come in two variants according to a new report
Next Xbox One July update features revealed

The Silent Hill series has been on indefinite hiatus for several years now, with the ...