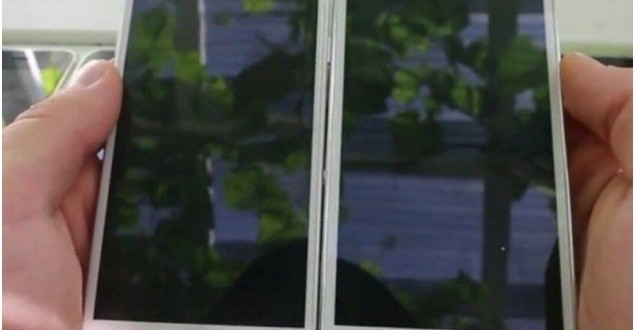 As we’re getting closer and closer to the iPhone 6’s supposed September launch, more and more images of the smartphone are getting leaked. This is not entirely surprising, as the iPhone 6 is arguably one of the most anticipated smartphones of the year, and represents Apple’s full frontal assault on the newly released Samsung Galaxy S5, HTC One M8 and even the upcoming LG G3 (which is already available in Korea). Speaking about the iPhone 6 and the Galaxy S5, the first really reliable leak comes from the well-known GSM Arena. The website revealed an image of the new Apple flagship next to Samsung’s current flagship phone. This is the 4.7 inch version of the iPhone 6, and images about the 5.5 inch premium version still elude us. That version of the iPhone 6 is said to launch later this year, most likely in November. 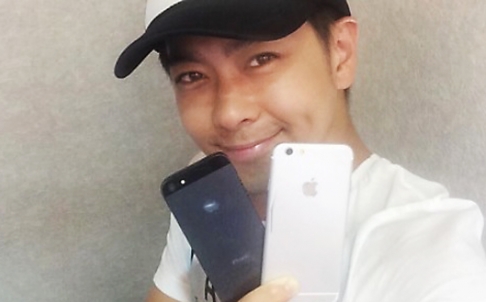 But as you can see, GSM Arena isn’t the only source for recent iPhone 6 leaks. Well known Taiwanese pop star Jimmy Lin also recently published a photo of himself, holding the new white (or according to him, silver) version of the iPhone 6, next to an iPhone 5S. We can clearly notice that the iPhone 6 is larger, but this is most likely the same device seen above, mainly the 4.7 inch one. Jimmy Lin described the phone as follows: “[It has] a 4.7-inch screen. Its power button is moved slightly to the right, and an antenna is no longer concealed inside”. Everything we’re seeing so far seems to confirm previous rumors about the iPhone 6 and its design, which foretold a more rounded and appealing chassis. 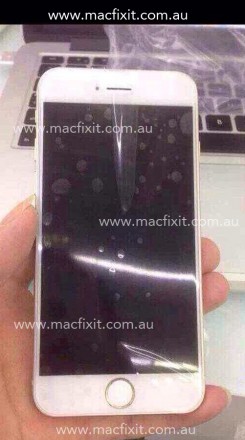 If these pictures aren’t enough to wet your appetite, we’re adding one more source into the mix. This time, it’s the Macfixit blog, a blog which released not one, but several photos of the new Apple smartphone, including shots from the side, back and from the disassembled chassis. They did not however upload pictures of the juicy insides of the iPhone 6, probably keeping some sensitive information concealed for now. A peak inside would have probably confirmed what we are already suspecting, mainly that the iPhone 6 will sport Apple’s new 64 bit A8 chip. Hardware-wise, there are a lot of rumors flying about – the most credible sources state that the new iPhone 6 generation will have faster LTE, wireless charging and will make use of Apple’s Touch ID.

One thing is for certain though – the amount of leaks emerging in recent days are a confirmation that Apple’s iPhone 6 is indeed approaching its launch date. Whether it’s September or not is still unclear, but the phone is definitely coming out soon. How do you like the phone’s design so far?

Old-school gamer with a cheeky tongue that gets me in trouble. When I'm not playing games, I'm writing about them, preferably in the vicinity of a fridge! Oh, and if you're a Justin Bieber fan, I'm afraid we can't be friends!
Previous Xbox One July update features revealed
Next Samsung Galaxy S5 and S4 Android 4.4.3 update is almost here!