Breaking News
Home » ARTICLES » Destiny PC is being discussed, but no announcements yet 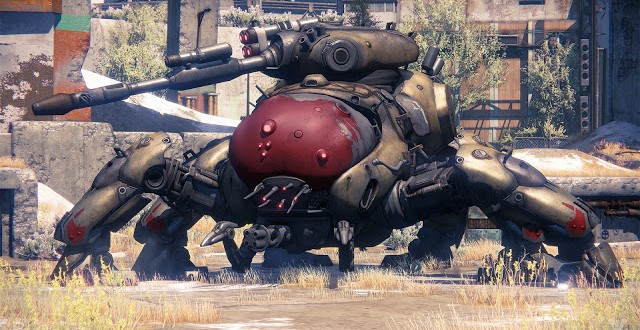 Destiny PC is being discussed, but no announcements yet

Many PC gamers were left heartbroken when Bungie’s Destiny was announced only for the Xbox 360, Xbox One, PS3, and PS4. The highly anticipated title would have certainly benefited greatly from the PC’s generally superior hardware. Unfortunately, developing it for this platform would have required a lot more work, which means that Destiny might have been delayed for the other systems. While the company hasn’t announced a PC release yet, that doesn’t mean they aren’t taking the idea into consideration. Last week Polygon had an interview with Erik Hirshberg, the CEO of Activision Publishing. At one point during the interview he stated that Destiny PC would be a “natural fit” and is being discussed, but they’re not making any announcements yet. You can read his statements below.

“It is [a good fit], and it’s something we’re talking about and looking at very carefully, and obviously it makes a lot of sense with the genre and the type of game it is. Again, no announcements, but it’s something that’s a heavy point of discussion. And you asked how are we dealing with the complexity of developing for so many platforms, how about one more on top of that? You know, developing on PC is a different animal than developing for consoles and so we just want to make sure that we’re putting one foot in front of the other and getting it right, and that it’s of the highest possible quality. But obviously I see the same things about the natural fit.”

This statement sounds promising and hints that a PC version is being discussed very seriously. Obviously a lot of development work is needed so we shouldn’t expect any announcements just yet. Hirshberg also revealed that Destiny is not purely a next-gen title because the Xbox 360 and PS3 user base is still very high. A lot of money has been invested into this game, which means they have to sell lots of copies in order to cover the costs and they can’t do that by just releasing it for two platforms. The game costs the staggering amount of $500 million dollars so needles to say, this is a huge gamble for the company. But this is exactly why it should also be released for PC, more platforms means more sold copies even if they have to spend a little more on developing it.

I suspect they want to see how it does on last and current-gen consoles before anything will be decided. We’ll let you know as soon as we learn anything else of interest so stay tuned.

I’m Load The Game’s co-founder and community manager, and whenever I’m not answering questions on social media platforms, I spend my time digging up the latest news and rumors and writing them up. That’s not to say I’m all work and no fun, not at all. If my spare time allows it, I like to engage in some good old fashioned online carnage. If it’s an MMO with swords and lots of PvP, I’m most likely in it. Oh, and if you’re looking to pick a fight in Tekken or Mortal Kombat, I’ll be more than happy to assist! Connect with me by email markjudge (@) loadthegame.com only
@@MarkJudgeLTG
Previous WildStar: “The Strain” content patch coming soon
Next Ubisoft reveals details about The Division’s E3 demo