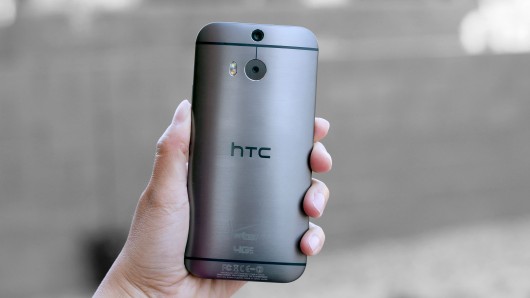 HTC One M8 gets new OS update from Sprint, still nothing official on KitKat 4.4.3

If you’ve been having connectivity and network issues with your HTC One M8, you can now rest easy. The popular American carrier Sprint has begun rolling out a new update for the device. This update addresses multimple connectivity bugs and brings other unmentioned improvements to the Android KitKat 4.4.2 device. The update sports the 1.54.651.10 and is already available. As always the case with carrier firmware updates though, these will be rolling out gradually, so if you haven’t gotten the option to update on your own HTC One M8 just yet, hang on, it will be coming soon enough.

Once your phone is eligible for the firmware update, you’ll get the customary notification. The update is around 100 MB in size, so we advise you use a local WiFi connection to download it to avoid additional carrier costs. Still, it’s not a huge update, so even if you don’t have any WiFi access nearby, it shouldn’t hurt your wallet too much. If you’re anxious and want it as soon as possible, you can manually check if it’s available by going to your Settings window, following up with About Phone, Software Updates and hitting the ‘Check Now’ button.

Unfortunately, this is still just an Android KitKat 4.4.2 update. So far, we have no official ETA on when the highly-anticipated Android KitKat 4.4.3 update will be hitting the HTC One M8. Google has already launched the update for its Nexus line (although it did create some new bugs and issues along the way), and Motorola has also provided the 4.4.3 OS for some of its flagship models, including the Moto X. Recent leaks have shown that Samsung Galaxy S5 and S4 users will be getting the Android KitKat 4.4.3 OS soon enough. Sadly, no such luck for HTC users. We don’t know what devices HTC will roll out the KitKat 4.4.3 update for, but it’s reasonable to assume that at least the HTC One M7 and the HTC One M8 will be getting it. When this will occur is still unknown.

Until then, we suggest you get the new OTA from Sprint, as it does considerably improve connectivity and network performance for the phone.

Old-school gamer with a cheeky tongue that gets me in trouble. When I'm not playing games, I'm writing about them, preferably in the vicinity of a fridge! Oh, and if you're a Justin Bieber fan, I'm afraid we can't be friends!
Previous Google Nexus 6 rumors spark up again in light of recent Tweet
Next Moto G 4G available on the Motorola site, comes with Android 4.4.3 KitKat