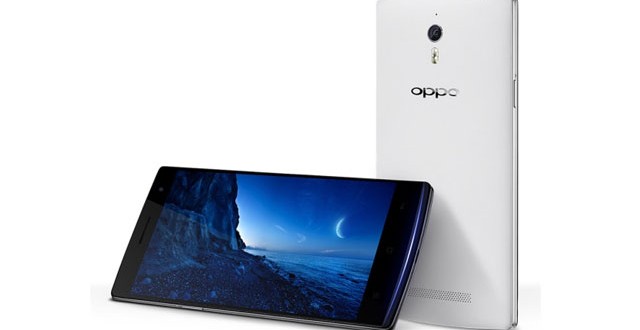 The Oppo Find 7 was announced back in March, but has only recently become available for pre-order. The device’s lower-end variant, Oppo Find 7a has been around for a while now and is selling pretty well. However, the high-end version is what people were really waiting for. Needless to say, this model is a bit more expensive but also comes with better specs. Find 7 comes in black and white colors and can be pre-ordered from here for the price of $599. The device will only start shipping in early July, but if you pre-order it now you will get a very nice gift. Oppo is handing out an iLike Power Bank 6.000 mAh battery pack for the first 1.000 pre-orders so you better act quickly. Oppo Find 7 costs $100 more than the Find 7a, which is not that much considering how much of an improvement it is over the previous model. We’re listing the specs for both so you can see the differences.

So you’ll be getting a better screen, more RAM, more internal storage memory, and a larger battery for only $100. Aside from that, there are no big differences between the two devices and they look very much alike from a design stand point as well. Oppo Find 7 might not be as well-known as the Samsung Galaxy S5 or the HTC One M8 for example, but if you look at its specs you’ll see that the device can go head-to-head with pretty much any other handset out there. By comparison, the recently launched LG G3 also features a 5.5-inch 1440 x 2560 display, Qualcomm Snapdragon 801 Quad-core processor @ 2.5 GHz, 3GB RAM and 3.000 mAh battery. I think this is a smartphone that will probably become very popular in the near future so we’re curious how it does once it’s available on the market. Stay tuned for more news and updates.

I’m Load The Game’s co-founder and community manager, and whenever I’m not answering questions on social media platforms, I spend my time digging up the latest news and rumors and writing them up. That’s not to say I’m all work and no fun, not at all. If my spare time allows it, I like to engage in some good old fashioned online carnage. If it’s an MMO with swords and lots of PvP, I’m most likely in it. Oh, and if you’re looking to pick a fight in Tekken or Mortal Kombat, I’ll be more than happy to assist! Connect with me by email markjudge (@) loadthegame.com only
@@MarkJudgeLTG
Previous Halo: The Master Chief Collection pre-order grants you unlimited ammo
Next Google Nexus 6 rumors spark up again in light of recent Tweet