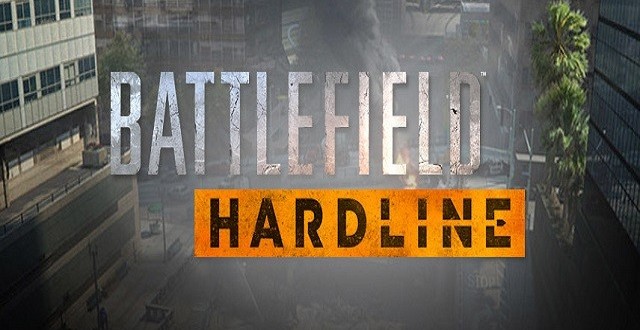 EA announced today on their blog that the Battlefield: Hardline beta, which had been in closed beta for select members since E3 last week, is now open to all Windows PC users.

Signing up for the beta, which can be accessed here, grants players several bonuses when the game launches this fall, including a weapon/camo skin, special weapon sight, and a unique dog tag in Battlefield 4 which will be available next month. The company also says that additional content for Hardline will be awarded but did not specify what exactly. There are also two “challenges” for both PS4 and PC beta members wanting more. Reaching Level 10 in the beta will get you a special Battlepack, which are random content packages of accessories, customization options, dog tags and more, at the games release. Also, by enabling Facebook sharing, players will be rewarded with $1,000 worth of in-game currency.

While Xbox fans may be crying foul at the lack of support, they need not worry. In an interview with Official Xbox Magazine, DICE’s General Manager Karl-Magnus Troedsson explains that an Xbox beta is coming, but it won’t be the one PS4 and PC users are getting. “We will have beta on all platforms before release,” he said. “But it won’t be this beta on Xbox. It’s not going to be the same version, just to be clear.” While there is no set date yet, Xbox owners can rest easy knowing they are getting something unique.

EA is looking to avoid the same pitfalls that they went through with the buggy Battlefield 4 launch last fall. “We basically have code in the hands of players already, here at E3. We’ve never done that before,” Troedsson said when the beta launched. “We do it both because we want their feedback of course, but also because in the background we are testing various things. We’re going to continue doing more tests like this.” EA and DICE are hungry for player feedback, and hope to use the Battlefield Hardline beta to give fans what they want.

I’m Load The Game’s co-founder and community manager, and whenever I’m not answering questions on social media platforms, I spend my time digging up the latest news and rumors and writing them up. That’s not to say I’m all work and no fun, not at all. If my spare time allows it, I like to engage in some good old fashioned online carnage. If it’s an MMO with swords and lots of PvP, I’m most likely in it. Oh, and if you’re looking to pick a fight in Tekken or Mortal Kombat, I’ll be more than happy to assist! Connect with me by email markjudge (@) loadthegame.com only
@@MarkJudgeLTG
Previous Details about the iPhone 6 and iWatch displays emerge
Next First image and specs for Moto X+1 leak, phone coming later this year