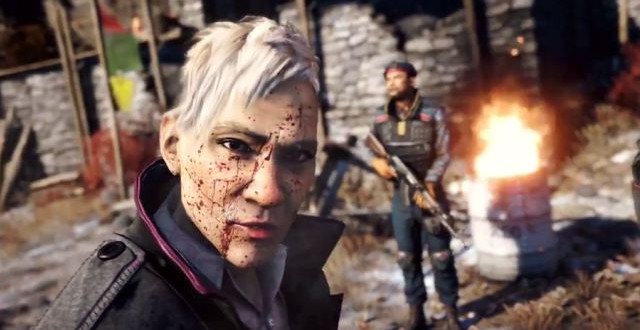 We already know a lot of details about Ubisoft’s FarCry4. Release date, platforms, setting, story, antagonist, you name it we know it. But that’s never enough for us curious gamers, we also want to know about the company’s plans for the future with the game. Luckily, Rock, Paper, Shotgun recently had an interview with Mark Thompson, narrative director for Far Cry 4 in which they discussed just that. The dev revealed that a “weird experiment” like Far Cry 3’s Blood Dragon is a possibility and the team actually enjoys trying things like that. While he didn’t confirm anything for now, his statements do sound promising.

“I know in terms of brand, we haven’t closed the doors to more kind of weird experiments like Blood Dragon. And I know that Ubisoft Montreal has really been allowing people to play with passion projects. Like after Far Cry 3, Patrick Plourde and Jeffrey Yohalem got to work on Child of Light, which is a huge change. A labor of love.” Thompson also added that “So yeah, there are teams who get the time, space, and liberty to experiment with smaller ideas like that. It’s really cool to see that the studio allows people to try different ideas. Sometimes they don’t get off the ground, sometimes they go all the way to shipping like Dean [Evans] and Blood Dragon.”

The standalone expansion was very well received so it would make sense that Ubisoft would try something like that with Far Cry 4 as well. However, we shouldn’t expect a similar project to be a direct sequel to Blood Dragon just as Far Cry 4 isn’t a direct sequel to Far Cry 3. The team wanted to go with something very different for their upcoming game so it’s natural that they will also go with something different for any additional content.

“We moved to a completely different part of the world,” Thompson said “We’ve had to rebuild, throw away stuff we had and build new things. Even characters. Some people were like, ‘Why are you even wasting time trying to find a new antagonist? Why not just use Vaas again?’ And we were like, ‘Eh, he was cool but we want to make Far Cry 4 different. It’s a different world, a different story. We want different characters to say different things about the world they’re in.”

I’m Load The Game’s co-founder and community manager, and whenever I’m not answering questions on social media platforms, I spend my time digging up the latest news and rumors and writing them up. That’s not to say I’m all work and no fun, not at all. If my spare time allows it, I like to engage in some good old fashioned online carnage. If it’s an MMO with swords and lots of PvP, I’m most likely in it. Oh, and if you’re looking to pick a fight in Tekken or Mortal Kombat, I’ll be more than happy to assist! Connect with me by email markjudge (@) loadthegame.com only
@@MarkJudgeLTG
Previous Promised PS4 features are still coming, Sony assures us
Next Pre-order and pre-load upcoming PS4 games list revealed