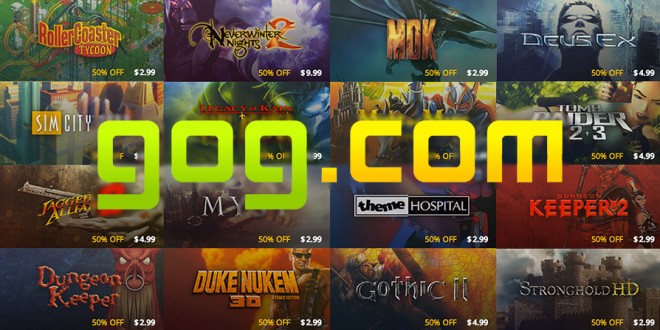 Gamers should not be treated as criminals with DRM says GOG

Developers, publishers and service providers should not focus on treating paying customers as criminals with restrictive DRM (digital rights management) according to GOG. Speaking to Eurogamer Guillaume Rambourg, vice president of GOG North America, said: “DRM is only impacting the good-hearted passionate gamers out there. The very same gamers who are ready to spend $50 or more to own their favourite triple-A title and support our industry.”

“Going through some cumbersome online activation procedure? Sometimes even having to connect to the Internet to activate the single-player mode of your favourite title? Or even worse, being obliged to remain online to play that single-player mode? That’s not really the best way to reward those faithful gamers who just spent quite a chunk of their monthly income to buy your game.”

“Our industry should be cherishing and treating all gamers with respect, those people who pay our wages, servers, development projects and what not. Instead, we just make it frustrating for them to buy games. How schizophrenic is that? DRM is not protecting any product. It is harming your fans and your brands in the long run.” Rambourg highlighted research conducted by the company into The Witcher 2, which when sold DRM free on GOG.com saw far few pirate copies being downloaded than it had done when distributed through Steam and other services. He believes that this is because they are treating gamers as adults and with respect, adding: “Let’s make it easy and rewarding for gamers to buy games. They are not criminals and they do not need DRM.”

Earlier in the month CD Projekt Red, owner of GOG.com, announced that it would be releasing its own stand-alone platform known as GOG Galaxy. Although they didn’t give a firm release date they did detail that unlike Steam and Origin the installed games will be DRM-free and able to launch without the user being logged into the client. It will also have many of the features people would expect from a gaming service such as achievements, automatic updates and friend lists.

GOG originally began as a retailer selling classic PC games. Compatibility issues due to the fact that many older PC games were not built to run on modern operating systems means that many of the titles sold included 3rd party software such as ScummVM. Although originally focused on older games, GOG has since expanded to include modern releases such as Assassin’s Creed and The Witcher 2.

Freelance writer with a love for gaming. Have owned pretty much every console and handheld from the last 15 years. When I'm not writing about games, which I am most of the time, I tend to be reading, writing about sport, binge watching shows on Netflix...or playing the odd video game.
@nathanpgibson
Previous 5 great Free Games for Android you should play!
Next Promised PS4 features are still coming, Sony assures us