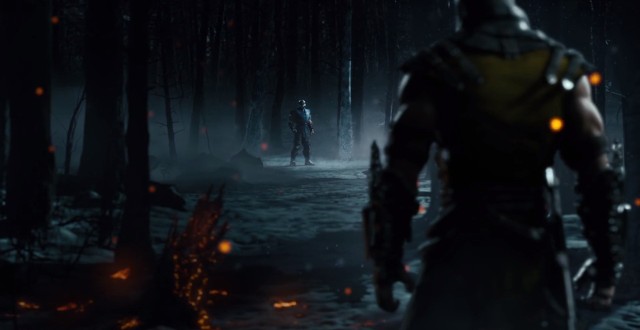 It seems that NetherRealm Studios Creative Director Ed Boon doesn’t want to add any Injustice heroes to the line-up of Mortal Kombat X. Only a handful of fighters for the new game have been announced until now so naturally everybody is curious to find out who will be the next character to join the list. Fans have been asking this very question on Twitter ever since the game was first unveiled and while Boon doesn’t seem keen on revealing much, he did say who we shouldn’t expect to see. The director doesn’t like to see Injustice characters such as Batman get decapitated so they will not be added to Mortal Kombat X.

Mortal Kombat 9 featured a couple of very interesting crossovers. The devs figured it would be a great idea to add Freddy Krueger from the “A Nightmare on Elm Street” horror movies franchise and Kratos from the God of War series to the game. As it happens, the DLCs featuring the two popular characters sold extremely well so one would imagine that NetherRealm Studios might want to do something similar for Mortal Kombat X as well. Initially, Jason Voorhees from Friday the 13th was supposed to appear in MK9 instead of Freddy. Unfortunately we didn’t have the pleasure of playing the famous killer in the previous game, but we might be able to in the upcoming one.

Ed Boon’s statement doesn’t actually confirm this, but it’s good to know that the character is still taken into consideration on some level. The director did mention during E3 that crossovers are likely to happen again so adding Jason Voorhees would be a great move for them. Fans that were disappointed with the studio for not including him will be happy again and will certainly buy a Jason DLC for Mortal Kombat X. In any case, only six fighters have been revealed so far and none of them is a crossover. However, four of them are new additions to the Mortal Kombat universe and do look very interesting. Aside from the Scorpion and Sub-Zero classics, D’Vorah, Kotal Khan, Ferra Torr and Cassie Cage are the characters announced so far. For more information on these new characters check out this article.

Mortal Kombat X doesn’t have a release date as of yet, but it will most likely only be launched sometime during 2015. The game will be available for Xbox 360, Xbox One, PS3, PS4, and the PC. Stay tuned for more news and updates.

I’m Load The Game’s co-founder and community manager, and whenever I’m not answering questions on social media platforms, I spend my time digging up the latest news and rumors and writing them up. That’s not to say I’m all work and no fun, not at all. If my spare time allows it, I like to engage in some good old fashioned online carnage. If it’s an MMO with swords and lots of PvP, I’m most likely in it. Oh, and if you’re looking to pick a fight in Tekken or Mortal Kombat, I’ll be more than happy to assist! Connect with me by email markjudge (@) loadthegame.com only
@@MarkJudgeLTG
Previous Apple Reveals $1,099 iMac
Next Details about the iPhone 6 and iWatch displays emerge