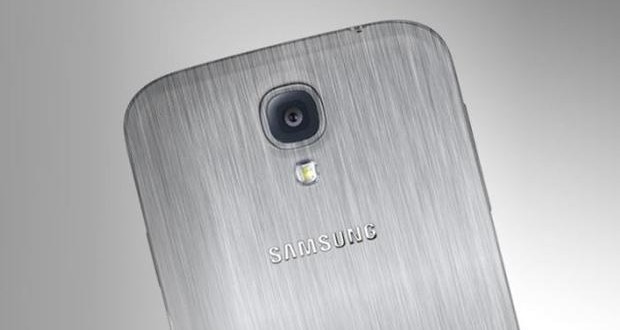 If you were never impressed with what the Samsung Galaxy S5 had to offer, perhaps you’ve been eagerly anticipating the premium version of the phone, the Samsung Galaxy S5 Prime. The S5 Prime, also dubbed the Samsung Galaxy F, was said to bring multiple improvements over the original Galaxy S5, including a QHD display and a new, improved design. The QHD display would have given Samsung the chance to compete directly with the LG G3, a phone that’s doing extremely well in Asia, and that’s being launched in the United States soon enough.

However, a recent leak on a Dutch website, Tweakers.net (a website known to be a reliable source for mobile leaks and insider secrets), has revealed that the Samsung Galaxy F won’t use a QHD display, and that the device will feature the same design as the Samsung Galaxy S5. The Galaxy F was supposedly shown at a local Samsung event, and sported the same 5.1 inch, Full HD, 1080p display seen in the Galaxy S5. Likewise, the phone revealed at the event showed the same design features as the S5, with little changes. Whether this is a good thing or a bad thing is totally subjective, although we personally were not impressed with the design of the Samsung Galaxy S5, and had higher hopes for the upcoming S5 Prime/Galaxy F.

So what will be changed in order to make the Samsung Galaxy F (or S5 Prime) a phone that stands out? The improvements seem to be hidden under the hood, as the Galaxy F will come with the new Adreno 405 GPU, replacing the now slightly outdated Adreno 330 GPU found in most flagship phones launched this year (and last year), including the Samsung Galaxy S5. In addition, the Galaxy F will make use of the new Snapdragon 805 CPU, a considerable upgrade to the reliable Snapdragon 801. Will these additions be enough to shift attention from the popular LG G3? Time will tell!

I’m Load The Game’s co-founder and community manager, and whenever I’m not answering questions on social media platforms, I spend my time digging up the latest news and rumors and writing them up. That’s not to say I’m all work and no fun, not at all. If my spare time allows it, I like to engage in some good old fashioned online carnage. If it’s an MMO with swords and lots of PvP, I’m most likely in it. Oh, and if you’re looking to pick a fight in Tekken or Mortal Kombat, I’ll be more than happy to assist! Connect with me by email markjudge (@) loadthegame.com only
@@MarkJudgeLTG
Previous Magrunner: Dark Pulse is now free on GOG
Next 5 great Free Games for Android you should play!