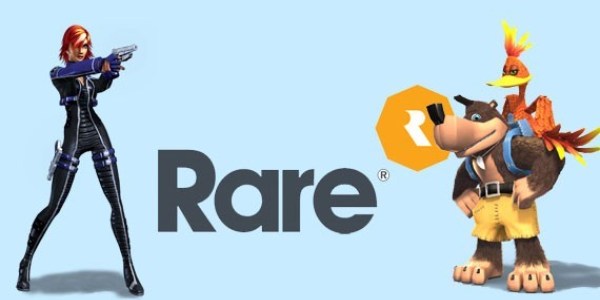 Rare Has New Games In Development

Microsoft has affirmed their continued support for Rare after Microsoft’s recent decision to stop bundling the Kinect with Xbox One. Phil Harrison, Microsoft Studios Europe chief, told Eurogamer that the company has no plans to abnegate the studio. “I’m very happy to go on record to alleviate any of those concerns you might have. We are very fortunate in having Rare and Lionhead in the UK as crown Jewels of Microsoft Studios,” Harrison said.

Harrison also went on to say that Rare is currently working on new games, although the games won’t be unveiled until they’re ready, saying, “Rare is working on a couple of things at the moment which we will announce at the right time. But I’m really excited by the things they’re doing and I believe you will be as well when you hear about them.” Rare’s most recent releases include Kinect Sports Rivals for Xbox One, Kinect Sports and Kinect Sports Season 2 for the Xbox 360–all of which were met with less-than-enthusiastic reception. Rare has been developing video games since the 1980s, starting with Slalom, but the gaming community really began to take note of the company in the early ’90s after titles like Captain Skyhawk, Battletoads, and Donkey Kong Country.

Rare saw continuing success throughout the decade, releasing instant classics such as Killer Instict, GoldenEye 007, Banjo-Kazooie and Perfect Dark. The Xbox 360 era wasn’t too kind to Rare, though, excluding Viva Pinata’s first game in the series. The studio remained out of the limelight for nearly five years until releasing Kinect Sports, and then they didn’t develop anything worthwhile until last year’s Killer Instinct for Xbox One. “Rare is an incredible talent and they have some very very ambitious plans for the future and we’re supporting them in every way we can,” Harrison continued.

We don’t have any details on Rare’s upcoming projects, but given the fact that we were given news of Conker being in the upcoming Project Spark, I wouldn’t be surprised if their next title is Conker on Xbox One.

I’m Load The Game’s co-founder and community manager, and whenever I’m not answering questions on social media platforms, I spend my time digging up the latest news and rumors and writing them up. That’s not to say I’m all work and no fun, not at all. If my spare time allows it, I like to engage in some good old fashioned online carnage. If it’s an MMO with swords and lots of PvP, I’m most likely in it. Oh, and if you’re looking to pick a fight in Tekken or Mortal Kombat, I’ll be more than happy to assist! Connect with me by email markjudge (@) loadthegame.com only
@@MarkJudgeLTG
Previous Is the Sony Xperia Z2 getting Andoird KitKat 4.4.3?
Next Adobe announces their new products, Ink and Slide