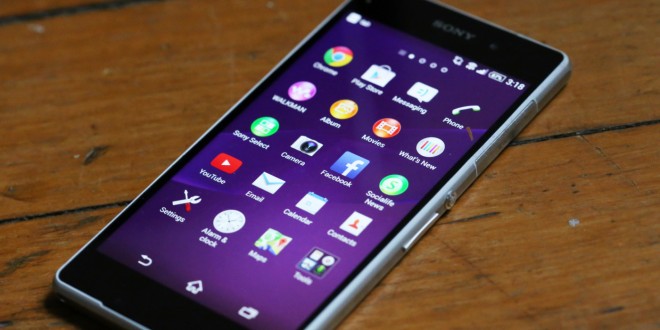 Is the Sony Xperia Z2 getting Andoird KitKat 4.4.3?

The Android KitKat 4.4.3 update is being expected by all owners of high-end flagship phones. So far, the update has hit the popular Nexus line, including the Nexus 4 and Nexus 5, as well as some models from Motorola, such as the Moto-X and Moto-E. Samsung has also been working on its own Android KitKat 4.4.3 update, and this update is expected to roll out later this month for the Samsung Galaxy S5 and in early July for the Samsung Galaxy S4. That being said, a lot of other flagship phones are left hanging, with no official reports and an upcoming KitKat update. Such is the case with the HTC One M8 for example, and such is the case with the Xperia Z2 too.

That’s not to say that getting the Android KitKat 4.4.3 update is necessarily a good thing. The 4.4.3 update was meant as a minor bug fix one, improving some of the core features of KitKat 4.4.2. Nothing major, just tweaks to connectivity and the such. Well, throw that concept out the window, because it turns out the update did more right than wrong, at least on the Nexus phones. Many Nexus users have been complaining about completely bugged battery consumption and life, problems with internet connectivity, and other similar issues. And that’s disturbing, since those are precisely the aspects the KitKat 4.4.3 update should have been fixing (along with camera HDR, UI bugs and randomly occurring reboots). Granted, these issues haven’t affected the devices for which the update is accessible from Google Play, such as the Moto-X. Owners of these smartphones have provided consistently positive feedback so far.

Still, buggy or not, at least the update is available for those that chose to download it on Nexus 5’s and Moto-E’s. What about Sony’s line-up? Well, recent reports show that the Sony Xperia Z Ultra has the update ready, and Sony will be deploying KitKat 4.4.3 on that line. However, there’s no indication about the Sony Xperia Z2, Z1 or Z1 Compact so far, and considering that these are still Sony’s flagship models (which cost quite a lot), it’s somewhat surprising. The delay might be coming from the fact that Sony is having difficulties adapting the 4.4.3 update to its own UI and version of Android.

Still, for now, if you do actually want the Android KitKat 4.4.3 update on your Xperia Z2, you can resort to the CM11 mod to get it. The update comes from the guys at CryanogenMod, who have released the nightlies for 4.4.3 on the Sony Xperia Z2. This is not an official way to get the update though, so if you don’t want to take risks or complicate your existence, you’re best waiting for the official Sony update, which for now remains unseen on the horizon.

Old-school gamer with a cheeky tongue that gets me in trouble. When I'm not playing games, I'm writing about them, preferably in the vicinity of a fridge! Oh, and if you're a Justin Bieber fan, I'm afraid we can't be friends!
Previous BlackBerry 10 OS comes with new Android apps this Fall
Next Rare Has New Games In Development