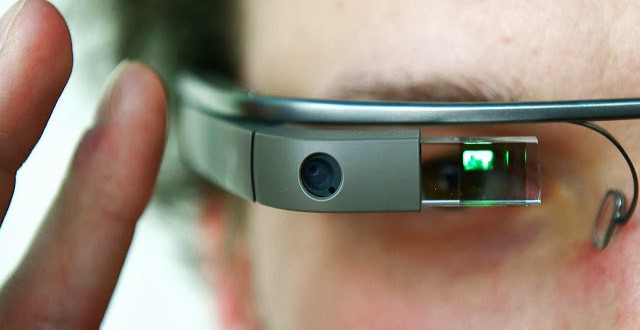 Google Glass apps will be discussed in detail next week

It’s been almost two years now since the Google Glass prototype was first presented to the general public at the company’s I/O 2012 conference. The wearable computer officially became available for purchase last month for the price of $1.500 and has been received rather well, although there are still many people who don’t trust the device. A lot of concerns have been raised over the fact that Google Glass can potentially invade a person’s privacy, which is something that’s usually frowned upon in many parts of the world and especially in the US. While these concerns are more or less valid, the truth is that there’s still a lot we don’t know about what the device can do yet so it’s only natural that we’re a little bit suspicious of it.

So in order to inform the public about the possible applications, Google will be talking about Glass and Glassware at this year’s I/O, which takes place during June 25-26. Glassware is the web of services used by Google Glass and includes things such as Gmail or Google Now so the term basically refers to apps for the device. Staff Developer Advocate Timothy Jordan and Program Manager Mamie Rheingold will host a session on June 26th at 9:00 AM during which they will talk about the design process behind these apps. “Learn from one another and prototype new Glassware. In this Design Sprint, we’ll examine the principles behind great Glassware (apps for Glass) and put these principles to use immediately. Whether you are a designer or developer, participate in this interactive workshop to explore using Glass to transform how people interact with technology. ”

This will be followed by a “Box Talk”, which starts at 2:00 PM and the main topic here will be the distribution of Glassware. “Join us for an in-depth discussion of the Glassware review process and the steps you can take to get your Glassware in the hands of Explorers quickly and easily.” Finally, there will also be an “Innovate with the Glass Platform” session scheduled at 3:00 PM and hosted by Software Engineers Hyunyoung Song and P.Y. Laligand. “The Glass platform has expanded dramatically with the introduction of the GDK and recent update to KitKat. This session will provide a deep analysis of the Glass software platform and provide developers with tools, APIs, and sample code to build truly innovative user experiences on Glass.”

There are a few more sessions and workshops that will address wearable devices during the I/O 2014 developers conference. These will most likely focus both on Google Glass and on Android Wear. For more information about the full schedule visit this page. Stay tuned for more news and updates.

I’m Load The Game’s co-founder and community manager, and whenever I’m not answering questions on social media platforms, I spend my time digging up the latest news and rumors and writing them up. That’s not to say I’m all work and no fun, not at all. If my spare time allows it, I like to engage in some good old fashioned online carnage. If it’s an MMO with swords and lots of PvP, I’m most likely in it. Oh, and if you’re looking to pick a fight in Tekken or Mortal Kombat, I’ll be more than happy to assist! Connect with me by email markjudge (@) loadthegame.com only
@@MarkJudgeLTG
Previous Google introduces us to Android Wear ahead of I/O 2014
Next Samsung plans to launch Android Wear smartwatch at I/O 2014