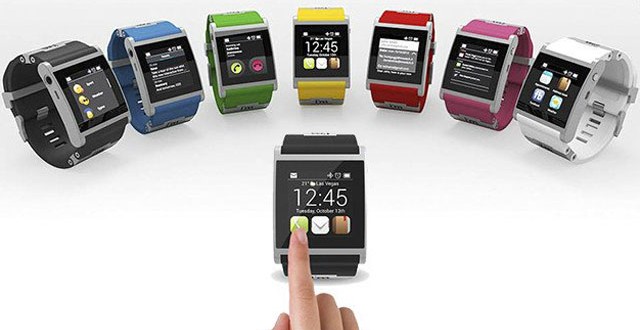 According to a CNET report, Samsung is planning to launch an Android Wear smartwatch next week during Google’s I/O 2014 developers’ conference. The article says that the upcoming device will be similar to the Galaxy Gear and Gear 2 Neo smartwatches. Moreover, the Korean company seems to be working on two models of this still unannounced device. “Samsung has been working on an Android Wear smartwatch that uses Samsung’s own chips, as well as another model built off of processors from Qualcomm.” The source didn’t mention which of the devices will be revealed at the conference. They do however say that this new watch will run on the Android operating system instead of Samsung’s own Tizen OS.

Samsung really seems to want to extend on the wearable devices market. The company is also said to launch a Google Glass competitor later this year. The device goes by the name of Gear Glass and should be announced at the IFA Trade Show, which takes place in Berlin during September 5-10. “We rolled out the smartwatch first, and have secured a considerable amount of smart glass-related technology and patents,” a Samsung representative said. “Following the roll out of our smart watch Galaxy Gear in September last year, we are slated to introduce our smart glass Gear Glass this September.”

However, the company’s most important device of the year will most likely be the Samsung Galaxy Note 4. The phablet is rumored to arrive on September 3rd and will reportedly come in two variants. One of them is being developed for mass marketing and will come with a flat OLED screen while the other is aimed and niche markets and will reportedly feature a curved OLED display. Spec-wise, we expect to see something like a QHD 5.7-inch panel with 2560 x 1440 resolution and 515 ppi. Meanwhile, under the hood we should find something along the lines of a Qualcomm Snapdragon 805 quad-core processor, 3GB of RAM and a 16 MP primary camera with optical image stabilization. We’re not sure if these specs apply to both variants of the Samsung Galaxy Note 4, but from what we hear the only notable difference between the two models will be the curved display.

Needless to say, it would be wise to take these rumors with a grain of salt until Samsung actually comes out and announces something. This goes for the upcoming Android Wear smartwatch as well, although CNET seems to be certain that their sources are reliable. We’ll just have to wait for Google I/O 2014 to kick in before we’ll know for certain. Until then, say tuned for more news and updates.

I’m Load The Game’s co-founder and community manager, and whenever I’m not answering questions on social media platforms, I spend my time digging up the latest news and rumors and writing them up. That’s not to say I’m all work and no fun, not at all. If my spare time allows it, I like to engage in some good old fashioned online carnage. If it’s an MMO with swords and lots of PvP, I’m most likely in it. Oh, and if you’re looking to pick a fight in Tekken or Mortal Kombat, I’ll be more than happy to assist! Connect with me by email markjudge (@) loadthegame.com only
@@MarkJudgeLTG
Previous Google Glass apps will be discussed in detail next week
Next What’s new in iOS 8 Beta 2? Features and tweaks explained!