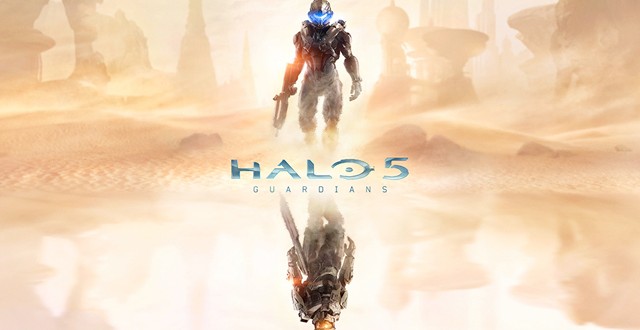 Halo 5 Guardians not coming to PC, for now at least

Although Halo has traditionally been an Xbox franchise, the first two titles also made their way to the PC. According to 343 Industries’ Bonnie Ross, we shouldn’t expect this to be the case for Halo 5 Guardians, for now at least. He stated in a recent interview that the team is focusing on the Xbox One version of the game, but PC gamers have not been forgotten. “We’re listening to the PC fans, but right now this is all focused on Xbox One.” While this statement isn’t exactly a confirmation that Halo will return to the platform, it does hint that the idea is at least being taken into consideration.

Aside from Halo 5 Guardians, the team is also working on a compilation that features remastered versions of the first four Halo games. Entitled Halo: The Master Chief Collection, this bundle isn’t coming to any other console either. When asked about a possible Xbox 360 version of the the compilation, community manager Andy Dudynsky said that the last-gen system simply can not handle it. “We are dedicated to bringing a full and fun experience to Halo: The Master Chief Collection on Xbox One, providing you with dedicated servers, a unified interface, increased visual fidelity, and gameplay running at 60fps,” Dudynsky said.

He also added that “We do not have any plans to bring the game to Xbox 360 as the game size, enhanced features and technical specifications simply can’t support it.” The four titles are already available on the Xbox 360, but I’m guessing that last-gen owners would have liked to also enjoy them in their remastered versions, especially since the compilation comes with some bonus content. Halo: The Master Chief Collection features a total of 45 campaign missions and more than 100 multiplayer maps including a few completely re-imaged ones. The bundle will arrive on November 11th and pre-ordering it will grant you an item called the Bandana Skull, which gives you unlimited ammo and grenades.

The collection also gives you access to the Halo 5 Guardians beta scheduled to start on December 27th and last until January 17th. The game features a new Spartan that goes by the name of Agent Locke. His story will be told through the Halo Nightfall digital series which is included with the Master Chief Collection. We don’t really have a whole lot of other details about the game for the moment, but I’m sure we’ll find out more once the beta kicks in. Halo 5 Guardians will be released sometime during Fall 2015.

I’m Load The Game’s co-founder and community manager, and whenever I’m not answering questions on social media platforms, I spend my time digging up the latest news and rumors and writing them up. That’s not to say I’m all work and no fun, not at all. If my spare time allows it, I like to engage in some good old fashioned online carnage. If it’s an MMO with swords and lots of PvP, I’m most likely in it. Oh, and if you’re looking to pick a fight in Tekken or Mortal Kombat, I’ll be more than happy to assist! Connect with me by email markjudge (@) loadthegame.com only
@@MarkJudgeLTG
Previous The Last of Us PS4 gets a $10 price-cut from Sony
Next Pono Music combines quality with convenience