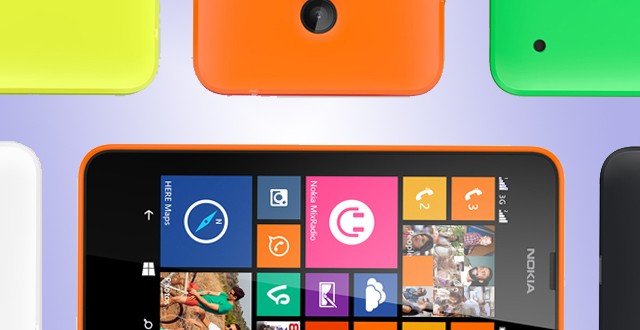 Nokia Lumia 635 now available for pre-order in the US

Nokia Lumia 635 is now available for pre-order from the Microsoft Store for both AT&T and T-Mobile. The device was released last month in markets across Europe, Asia, China, Russia, and India, and now we finally have confirmation that it will also make it to the US soon. The company didn’t announce the release date, but they did reveal the prices. Pre-ordering a contract-free Lumia 635 from AT&T will cost you $99 while the T-Mobile version comes with a higher price tag of $129. This is a mid-range smartphone that comes with average specs, but is highly sought after regardless. The reason for this is because Nokia Lumia 635 is the first handset to run on the new Windows Phone 8.1 operating system.

“Here’s your chance to enjoy the first phone with Windows Phone 8.1, the most personal Windows Phone experience yet. Built with a 4.5-inch display that’s easy on the eyes and an advanced quad-core processor, the Lumia 635 performs at blazing-fast speeds for a superior smartphone experience. And all for a price you’ll love.” The main feature of Windows Phone 8.1 is the addition of Cortana, a virtual personal assistant similar to Apple’s Siri and Google Now. If you’ve ever player one of Microsoft’s Halo games I’m guessing you know by now who Cortana is why the company chose to name the virtual assistant like that.

Spec-wise, we’re looking at a 4.5-inch display with 854 x 480 resolution and 221 ppi. Nokia Lumia 935 comes equipped with a Qualcomm Snapdragon 400 @ 1.2 GHz quad-core processor, 512 MB of RAM, 8GB of storage, and a 5MP primary camera. The device will probably not be of interest to those looking for a high-end smartphone, but it will most likely become quite popular thanks to the Windows Phone 8.1 OS and Cortana.

We’ll let you know as soon as we learn anything about a release date or other important details so stay tuned.

I’m Load The Game’s co-founder and community manager, and whenever I’m not answering questions on social media platforms, I spend my time digging up the latest news and rumors and writing them up. That’s not to say I’m all work and no fun, not at all. If my spare time allows it, I like to engage in some good old fashioned online carnage. If it’s an MMO with swords and lots of PvP, I’m most likely in it. Oh, and if you’re looking to pick a fight in Tekken or Mortal Kombat, I’ll be more than happy to assist! Connect with me by email markjudge (@) loadthegame.com only
@@MarkJudgeLTG
Previous iPhone Manufacturers Hiring Thousands To Prepare For iPhone 6 Production
Next Buy World of Warcraft for a ridiculously low price