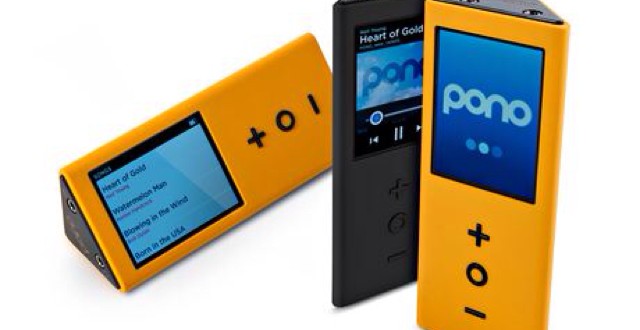 Pono Music is a new service that promises to offer the best possible experience when listening to your favorite music. The idea comes from the mind of musician Neil Young who founded the company by the same name back in 2012. The goal here is to use the FLAC format in order to provide listeners with “the finest quality, highest-resolution digital music from both major labels and prominent independent labels.” The musician announced the Pono Music service back in March 2014 and began a crowdfunding project via Kickstarter with the goal of raising $800.000. This was reached in less than 10 hours, which made it the third most successful funding campaign in Kickstarter history. Pono managed to raise the record sum of $6.2 million by April 15th when the campaign closed.

The service is being described by its founder as being an “end-to-end ecosystem for music lovers to get access to and enjoy their favorite music exactly as the artist created it, at the recording resolution they chose in the studio.” Pono Music will include the PonoPlayer, which comes with 64 GB of internal storage memory and includes an additional 64GB removable microSD card. Aside from the player, customers will also get an app which will allow them to download and sync music from the Pono Music online store. There, buyers can also find detailed explanations about the service and answers to any possible questions they may have.

At first glance Pono Music seems to be just a regular mp3 player, but the technology behind it is what makes it truly special. “The digital filter used in the PonoPlayer has minimal phase, and no unnatural (digital sounding) pre-ringing,” the website explains. “All sounds made (including music) always have reflections and/or echoes after the initial sound. There is no sound in nature that has any echo or reflection before the sound, which is what conventional linear-phase digital filters do. This is one reason that digital sound has a reputation for sounding “unnatural” and harsh.”

The player is said to have about 6 times more musical information than a typical mp3, which explains why all the songs sound better with Pono Music. The service is supported by all major labels and some independents ones across all genres. The Pono Player comes in yellow and black colors, and is priced $400. Meanwhile, a high-resolution digital album from the online store is expected to cost between $15 and $25. The service will launch sometime during October of this year.

I’m Load The Game’s co-founder and community manager, and whenever I’m not answering questions on social media platforms, I spend my time digging up the latest news and rumors and writing them up. That’s not to say I’m all work and no fun, not at all. If my spare time allows it, I like to engage in some good old fashioned online carnage. If it’s an MMO with swords and lots of PvP, I’m most likely in it. Oh, and if you’re looking to pick a fight in Tekken or Mortal Kombat, I’ll be more than happy to assist! Connect with me by email markjudge (@) loadthegame.com only
@@MarkJudgeLTG
Previous Halo 5 Guardians not coming to PC, for now at least
Next Batman Arkham Knight coming to the Xbox One in February