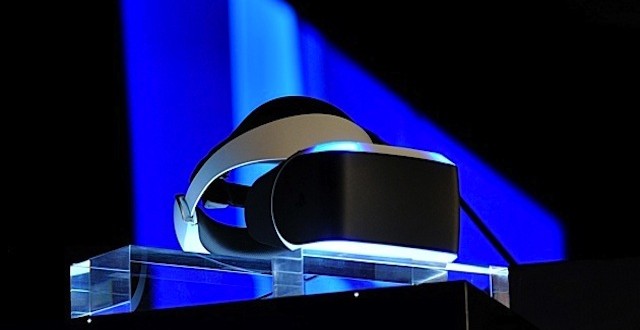 Sony’s Shuhei Yoshida talks about the future of Project Morpheus

There has been a lot of talk about Sony Entertainment’s Project Morpheus VR these last few months. Most people were expecting some exciting announcements regarding the headset to be made at E3 2014, but the company didn’t seem keen on talking much about it unfortunately. The only interesting news I can think of was the reveal of The Assembly, a promising new game by nDreams that was developed for Project Morpheus from day one. But while we didn’t learn more about the device itself at the event, we did hear some interesting news shortly after. In an interview with Game One, Sony’s head of worldwide studios Shuhei Yoshida spoke about how Project Morpheus will play a key role in the future of PS4.

“It’s a big part of the future of PS4 or, on the other hand, PS4 could be a big part of the future of Project Morpheus. When you talk about VR the possibilities are infinite. We are so excited about working on Project Morpheus because the shift from playing games and watching the TV screen and the game world inside the screen to you going into the game world, it’s a huge change.You don’t really have to just play games anymore, you can just go to the places you could never go before.”

Yoshida follows by talking about how Sony used satellite information gathered from NASA in order to generate a Project Morpheus recreation of Mars. The demo that allows you to walk on the red planet’s surface was announced back in March together with the VR headset. He said that the demo was “amazing” and “a great experience for anyone and everyone”. Unfortunately, the Mars recreation has not been made available to PS4 owners and we don’t know if it ever will be.

Earlier this month Yoshida also said that PS4 features such as “suspend mode” and “friend-assist” have not been forgotten and are still being worked on. Stay tuned as we bring you all the latest news.

I’m Load The Game’s co-founder and community manager, and whenever I’m not answering questions on social media platforms, I spend my time digging up the latest news and rumors and writing them up. That’s not to say I’m all work and no fun, not at all. If my spare time allows it, I like to engage in some good old fashioned online carnage. If it’s an MMO with swords and lots of PvP, I’m most likely in it. Oh, and if you’re looking to pick a fight in Tekken or Mortal Kombat, I’ll be more than happy to assist! Connect with me by email markjudge (@) loadthegame.com only
@@MarkJudgeLTG
Previous Google takes their OS to the streets with Android Auto
Next Google previews Android L and new Material interface