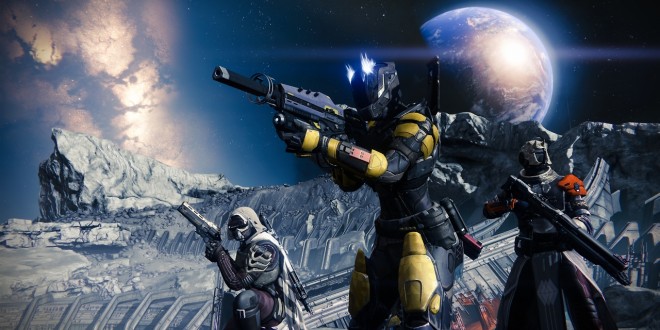 The closed beta for Bungie’s MMO-style shooter Destiny will begin on July 17th for PlayStation 3 and PlayStation 4, according to a recent trailer reveal. However, the trailer also revealed that the Xbox 360 and One versions, however, will be arriving in “late July”.

The news was spotted by VideoGamer, and provides some more interesting details. Xbox Live Gold will be required, just as PS Plus is on Playstation. Regardless of what version you are getting, players are also required to have pre ordered the game in order to get the beta access code. Destiny is a consistent online world, so a constant internet connection is required as well to play the game. This delay seems to be part of a deal between Sony and Activision, with special DLC coming only to Playstation. Now Sony seems to have bought its console an extra two weeks with Bungie’s first post-Halo game.

The alpha for Destiny ran for several days last weekend, and according to statistics provided by Bungie, went very well. Over 6 million games were played, over 650,000 public events encountered, and over 190 million player kills. These numbers are pretty impressive, and Bungie has stated that they received a ton of valuable information from the alpha. Even better, reactions have been overwhelmingly positive, as Activision’s $500 million dollar plus bet on Bungie seems like it will be paying off. The number looks to be the most amount of money ever put into a video game, beating out GTA V. And don’t worry if you are a PC fan and want to get in on the action-Bungie seems adamant to bring Destiny to PC, despite the game not being available at launch.

If you have pre-ordered the game, and are looking to sign up for the beta, you can do so here. Destiny officially launches on September 9th.

I’m Load The Game’s co-founder and community manager, and whenever I’m not answering questions on social media platforms, I spend my time digging up the latest news and rumors and writing them up. That’s not to say I’m all work and no fun, not at all. If my spare time allows it, I like to engage in some good old fashioned online carnage. If it’s an MMO with swords and lots of PvP, I’m most likely in it. Oh, and if you’re looking to pick a fight in Tekken or Mortal Kombat, I’ll be more than happy to assist! Connect with me by email markjudge (@) loadthegame.com only
@@MarkJudgeLTG
Previous Razer and Google are working on a gaming ‘micro-console’
Next League of Legends 2014 Championships hosted on FIFA Stadium