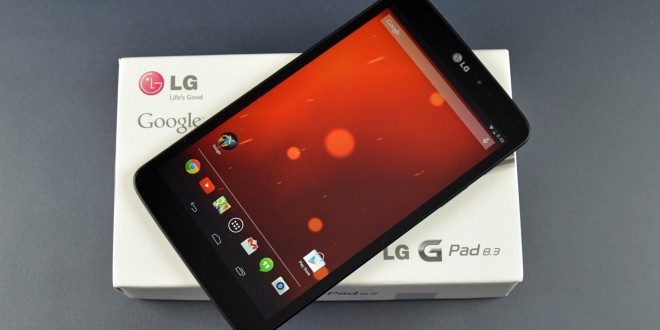 The reason for skipping the Android 4.4.3 update may be due to the fact that it left some bugs unfixed on many Nexus devices, such as the battery drain, connectivity issues and security flaws in OpenSSL. The Android 4.4.4. will bring some security changes to remedy the issue discovered in the OpenSSL, but won’t bring any other fixes. Because the LG G Pad 8.3 Google Play Edition will receive both updates in one package, the file-size will be bigger than the normal Android 4.4.4 update. It’s worth mentioning that the update will only work with the Google Play Edition variants of the G Pad. The update is rolling out in stages right now so it might take some time until your device becomes eligible to receive it.

As with every OTA update, once it’s available for download on your device, you’ll receive a notification asking your permission to begin the update sequence which will begin with a download, obviously. The file-size of the patch is 154MB so it might be wise to download it through a Wi-Fi connection to spare you from unnecessary data charges. If you have no patience to wait for the update to arrive automatically, you can download it from AndroidPolice where you will also find some useful instructions on how to install it manually. One last warning though, the update will only work if your LG G Pad 8.3 Google Play Edition is running on Android 4.4.2 (KOT49H).

Tech enthusiast and RPG gamer, I've been surrounded by technology and PC hardware my entire life. I'm fascinated by anything mobile, and when I'm not tinkering with some newly released gadget, I love to immerse myself in the epic tales of Role Playing Games.
Previous League of Legends 2014 Championships hosted on FIFA Stadium
Next iPhone 6 vs LG G3 – The upcoming smartphone battle of the year