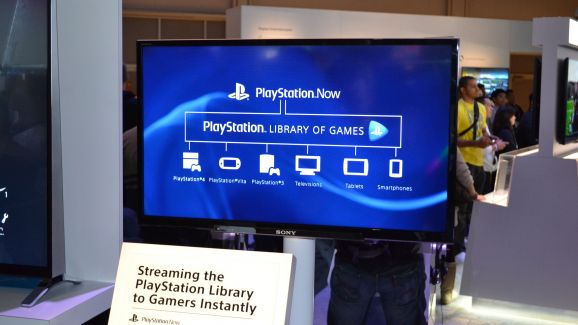 Sony has revealed that their streaming service PlayStation Now will be coming to selected televisions on 30 June. In a post on their official site, the company explained that a Private Pilot Service will begin in the United States, giving users the ability to stream PlayStation 3 games directly to their television without the need of a console.

The line-up of televisions able to access PlayStation Now include a number of 1080p ready sets as well as all of their Bravia branded 4K Ultra HD units. The entry price for these high ends televisions may be off putting though, starting at $20,099. The PlayStation Now service was first announced in January. It had evolved from the Gaikai streaming service that Sony purchased for $300 million in 2012 and was touted by the gaming giant as the solution to being able to play older generation games without a backwards compatible console. The service will allow users to play PlayStation 3, 2 and 1 games on a number of devices.

The technology, which is similar to OnLive, can run on the PS4, PS3, PS Vita and Sony branded TV’s. Although the company has also said that ti will eventually make its way to other hardware such as tablets and smartphones. In order to play on non-PlayStation devices it is necessary to use a DualShock 3 controller.

The service has been in beta since January and allows users to rent titles on an individual basis or pay a monthly fee that gives access to the entire library of games available. The Private Pilot Service though will initially only allow for streaming of selected PlayStation 3 titles. The titles on offer are able to be played in their complete form, meaning trophies and online multiplayer are built-in. Those with slower internet speeds will not be able to fully enjoy the service though, as Sony recommends a broadband speed of at least 5 Mbps.

Freelance writer with a love for gaming. Have owned pretty much every console and handheld from the last 15 years. When I'm not writing about games, which I am most of the time, I tend to be reading, writing about sport, binge watching shows on Netflix...or playing the odd video game.
@nathanpgibson
Previous New WoW area revealed from Warlords of Draenor
Next Android TV brings Google back to the living room