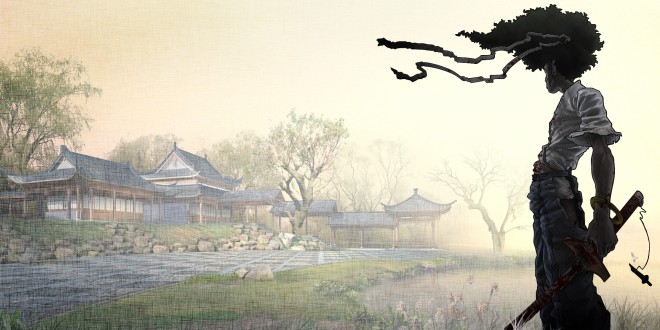 Afro Samurai 2 announced for Xbox One and PlayStation 4

A sequel to the 2009 game Afro Samurai is under development. Versus Evil, the publisher behind The Banner Saga, revealed today that Redacted Studios is working on the game with a release date set to be announced shortly. The publisher also confirmed that the next generation game would release on Xbox One, PlayStation 4 and PC. Afro Samurai 2 will continue on from the its predecessor as a third person action adventure game. However, it will feature a brand new storyline as well as new characters and locations. The sequel is also looking to put more emphasis on special moves and combos, all of which have been improved, so that you can dismember your enemies in new and imaginative ways.

Polygon reports that David Robinson is leading development at Redacted Studios. He was previously at Namco Bandai Games, the team behind the original game that released on the Xbox 360 and PlayStation 3. After leaving Namco in 2012, he also secured the rights to develop further Afro Samurai titles, allowing his 17-man team at Redacted to work on the sequel. The original game in the series fused extravagant special moved with hyper violent combat to create a fun and humorous action game that saw mixed reviews upon release. The game was based on the manga and anime of the same name that has been nominated for a number of awards including an Emmy for Outstanding Individual Achievement in Animation.

The franchise has since gone onto to see a five episode anime release in 2007 and a made-for-TV movie on Spike TV in 2009. A live action film based on the franchise was said to be under development in 2006. An update arrived in 2011 stating that the Indomina group had purchased the rights for the film version and that Samuel L. Jackson would act as producer on the project.

Freelance writer with a love for gaming. Have owned pretty much every console and handheld from the last 15 years. When I'm not writing about games, which I am most of the time, I tend to be reading, writing about sport, binge watching shows on Netflix...or playing the odd video game.
@nathanpgibson
Previous Gran Turismo 7 won’t be arriving this year
Next Amazon is giving away 31 of its most popular apps for free Friday and Saturday!