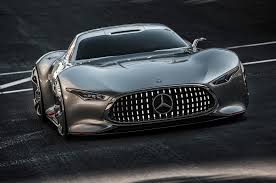 Gran Turismo 7 is in development at Polyphony Digital but the racing game is unlikely to release any time this year according to series boss Kazunori Yamauchi. It has only been a year since the latest game in the iconic series launched and it now seems that we will have to wait a little longer to see a PlayStation 4 release as Yamauchi said: “We are working on the title. I don’t think it’ll make this year.” The developer did go into some detail about the sequel, stating that they will be putting a large amount of focus on improving the sound quality to bring it up to scratch with rivals such as Forza. He also confirmed that all of the standard cars from previous games are likely to be included along with a larger number of premium cars.

Yamauchi had previously said that his team was hoping to get the game released next year due to the PlayStation 4 being far easier to develop on that its predecessor. “We don’t want to take too long on Gran Turismo 7,” said Yamauchi. “Best-case scenario? Next year. In GT6 we really had to tune the software 100 per cent to maximise the PS3’s architecture, but of course the PS4’s hardware is much better, so I think the overall quality of the game across the board will be boosted when you come to play it”. The Gran Turismo series has been a staple of Sony’s PlayStation consoles since 1997. Almost every piece of gaming hardware they have released has seen an iteration of the racing series. The latest release was Gran Turismo 6 in 2013. It was positively received by critics and went on to perform well commercially, though sales were significantly lower than Gran Turismo 5.

The new release is unlikely to have a Prologue version like previous titles, with the development team instead focusing completely on the full version. With all effort being directed towards the sequel it is likely that we will see it hit store shelves sometime in 2015, especially considering Yamauchi was hoping to have it release this year.

Freelance writer with a love for gaming. Have owned pretty much every console and handheld from the last 15 years. When I'm not writing about games, which I am most of the time, I tend to be reading, writing about sport, binge watching shows on Netflix...or playing the odd video game.
@nathanpgibson
Previous Ubisoft is making changes to Watch Dogs’ multiplayer
Next Afro Samurai 2 announced for Xbox One and PlayStation 4