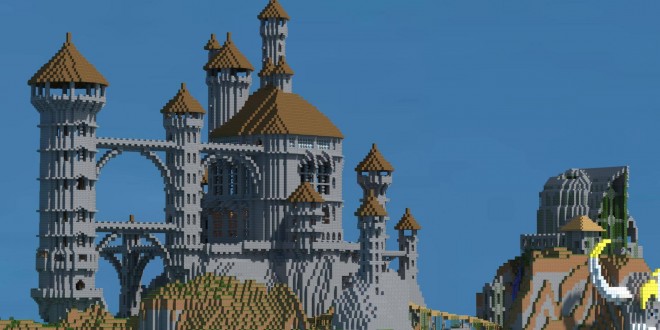 Minecraft has now sold more copies across all consoles that it has on PC platforms according to Mojang’s Patrick Gueder. Speaking on Twitter the developer confirmed that the game has now sold an impressive 54 million copies. To put that into context, Minecraft is now the 3rd best-selling individual game of all time. Only Wii Sports and Tetris have sold more units than the hit indie title, while AAA games such as Call of Duty: Modern Warfare 3 only managing to sell 26.5 million copies.

Since the game launched on consoles it has remained top of the UK charts based solely on sales of physical copies of the game. Last year Minecraft brought in almost $200 million for developer Mojang while its creator Marcus Persson secured around $80 million in licensing fees. Console sales can expect to see another big jump in August when the game releases on Xbox One, PlayStation 4 and PS Vita. Current owners of Minecraft on PlayStation 3 and Xbox 360 will be able to upgrade to the next generation version for a small fee. Previous users will also be able to import their save files into the new versions, which will feature significantly bigger worlds with much greater draw distances.

The news comes days after Nintendo revealed they had had internal discussions about bringing the game to their consoles. In a recent interview  Shigeru Miyamoto and Shinya Takahashi spoke about how the game could possibly take advantage of the large Nintendo audience but also the fact that the 3DS and Wii U allow for touch and analog control.“What’s interesting is that, in Japan, Minecraft is not popular in the way it is in the U.S. and Europe,” noted Takahashi. “so we’ve also thought that, if we were able to do a partnership like that, it might bring opportunity to help make Minecraft more popular in Japan.”

Freelance writer with a love for gaming. Have owned pretty much every console and handheld from the last 15 years. When I'm not writing about games, which I am most of the time, I tend to be reading, writing about sport, binge watching shows on Netflix...or playing the odd video game.
@nathanpgibson
Previous Sniper Elite 3 coming July 1st for PS3, PS4, Xbox 360, Xbox One and PC
Next Google begins to remove search results following controversial ruling