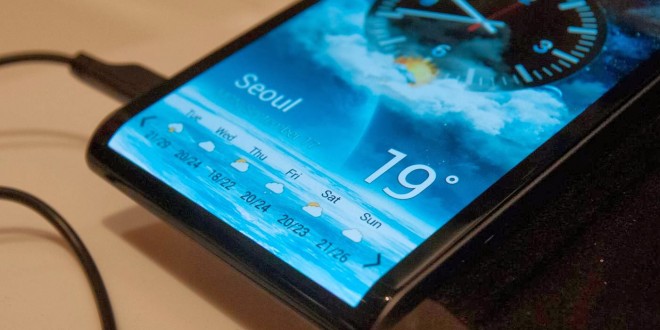 Samsung has to step up its game this year if it is to withstand the aggressive push LG is cooking up with the LG G3 and Apple is preparing for the fall season. The company’s hopes lie in the successor of the Samsung Galaxy Note 3, the Note 4, a phablet that’s expected to release sometime this fall. The most likely scenario is that Samsung will unveil the Samsung Galaxy Note 4 during the IFA 2014 in September this year.  If this will indeed be the case, we can expect the phone to launch globally around October. Still a long way to go, but it’s the same time-frame we’re expecting Apple to launch its flagship products (including the iPhone 6), so competition will be high in the coming months.

Several Korean industry websites have recently reported that the Samsung Galaxy Note 4 will feature a new, stronger camera. The rear camera of the device thus is rumored to be a 12 MP one, with features such as Optical Image Stabilization (OIS). In addition, the Note 4 is said to also feature a much more potent front camera than its predecessor, bringing a 3.7 MP selfie-factory to the table. This might be a feature that many will appreciate, helping Samsung gain an edge at least in this regard. Since the Samsung Galaxy Note 4 will compete directly with LG’s newest offering (the LG G3), Samsung needs to provide a competent display this time around. The Samsung Galaxy S5 made use of a full-HD display, which was not bad, however was fairly unimpressive compared to what we’ve seen in the LG G3 and its extremely potent 2560x1440p display. The same resolution is rumored to appear on the Samsung Galaxy Note 4 too though, so it will come down to brightness, contrast, color accuracy, sharpness and of course PPI in the end.

At this point, nothing is official, and while some of the sources leaking these details about the Note 4 are known to reliable, nothing is set in stone and things are obviously subject to change. Regardless, it’s obvious that the Note 4 will be a step up from the still popular Samsung Galaxy Note 4, and with a great display, competent hardware (which we have no doubt it will come with) and the newly rumored camera, the phablet will most likely be successful. We’ll likely know more in two months when Samsung will reveal the Samsung Galaxy Note 4 in Berlin.

Old-school gamer with a cheeky tongue that gets me in trouble. When I'm not playing games, I'm writing about them, preferably in the vicinity of a fridge! Oh, and if you're a Justin Bieber fan, I'm afraid we can't be friends!
Previous Android Wear, Android TV, and Android Auto wont feature custom skins
Next Activison releasing Teenage Mutant Ninja Turtles 3DS game