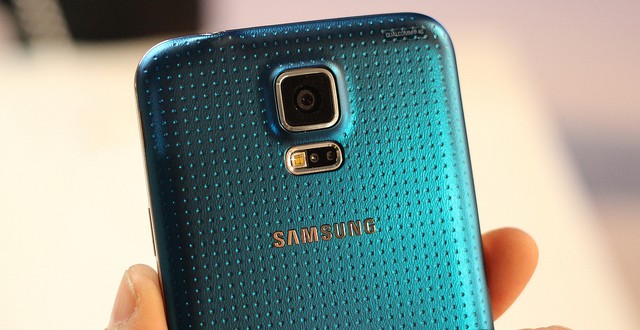 Samsung has a lot to worry about. With Apple preparing a full onslaught this fall by preparing to release anticipated products such as the iPhone 6, iPad Air 2, iPad Mini 3 and iWatch, Samsung certainly needs to up its game in order to stay competitive. The biggest Samsung product we’re expecting this year is of course the successor to the Samsung Galaxy Note 3, mainly the Note 4. But there’s still some waiting to be done until that phablet is launched, and Samsung has serious concerns to deal with right now. During May, the iPhone 5S and 5C, despite being older, outsold the Samsung Galaxy S5 in the UK, a highly important marketplace. While Apple products are generally more popular in the United States, and Europeans generally prefer Android based smartphones and tablets, there’s little doubt that the iPhone 6 will peak the interest of European phone enthusiasts too.

Which brings us to our main topic, which focuses on how Samsung aims to combat mediocre sales results this summer. The tech giant has been working on the Samsung Galaxy S5 Mini, a tuned-down version of the original S5 that has a lengthy tradition. Every previous Galaxy S smartphone received a more affordable Mini variant so far, and the S5 will make no exception. According to an insider source of SamMobile, Samsung will be releasing the Samsung Galaxy S5 Mini this July, towards the middle of the month, at least as far as the United States is concerned. The Samsung Galaxy S4 Mini wasn’t good enough to garner too much attention, but the S5 Mini promises to bring a lot more. Despite being an obvious downgrade from the original S5, the Mini variant will keep many of the original’s highly sought-out features.

The Samsung Galaxy S5 Mini will feature a 4.5 inch, 720p display (which is considerably better than the S4 Mini’s poor QHD screen). Under the hood, it will come with an Exynos 3 Quad CPU, clocked at 1.4 GHz, as well as 1.5 GB of RAM and microSD support. Internal storage hasn’t been confirmed though, but the phone will most likely have a 16 GB version. As mentioned before, the Samsung Galaxy S5 Mini will retain some of the original’s features, including the TouchWiz UX, the Ultra Power Saving Mode (which should work wonders in combination with a less demanding, smaller screen), Private Mode, Kids Mode and more. The S5 Mini will also come with Android KitKat 4.4.2 out of the box, and will most likely receive KitKat 4.4.4 somewhere along the way. An 8 MP rear camera and a 2.1 MP front camera will complete the device, which is rumored to cost around $450-500 carrier-free. In terms of design, the smartphone will have a similar build as the original S5, with a hard, brushed plastic cover.

Based on everything, the S5 Mini might just pull off what the Galaxy S4 Mini failed to do last year, mainly provide a truly mid-ranged phone with corresponding specs and a fair price. If the inside sources are correct, we only have two or three weeks to wait until we can actually get our hands on the Samsung Galaxy S5 Mini and see if the wait paid off.

Old-school gamer with a cheeky tongue that gets me in trouble. When I'm not playing games, I'm writing about them, preferably in the vicinity of a fridge! Oh, and if you're a Justin Bieber fan, I'm afraid we can't be friends!
Previous Associated Press has computers write earnings reports for them
Next Android Wear, Android TV, and Android Auto wont feature custom skins