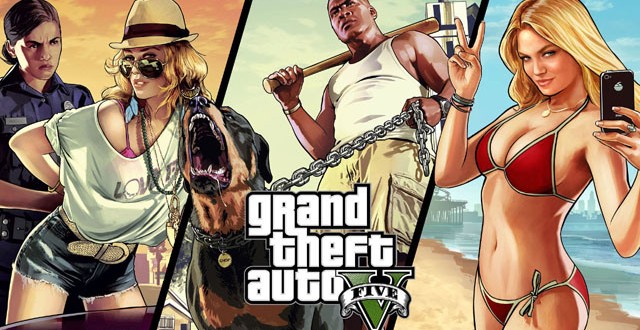 Yes, you did read that right. Actress/model/singer/ etc. Lindsay Lohan actually sued GTA 5 creators Rockstar Games and Take Two Interactive today. Lohan claims the developers have borrowed her likeness when creating the Lacey Jonas character. Lawyers are saying that GTA 5 uses the actresses entire image and shows her struggles with the paparazzi. Apparently Lohan is troubled by the fact that the player is helping her escape the paparazzi in the game. Furthermore, the suit also mentions that Rockstar even uses a location that closely resembles the Chateu Marmont, a hotel in West Hollywood where Lohan once stayed at.

“The portraits of the Plaintiff (Lohan) incorporated her image, likeness, clothing, outfits, Plaintiff’s clothing line products, ensemble in the form of hats, hair style, sunglasses, jean shorts worn by the Plaintiff that were for sale to the public at least two years,” the lawsuit reads according to the New York Daily News. Take Two Interactive declined to comment “It is our company policy not to comment on legal matters.

The GTA 5 devs were threatened by Lohan’s lawyers since back in December 2013. No idea why they waited until today to act, but strangely enough they haven’t mentioned what Lohan hopes to gain from all of this. Previous reports mentioned something about “serious money” so we should expect that this particular aspect still applies. But let’s be frank here, Lindsay Lohan’s career hasn’t been exactly brilliant lately so we can safely assume that she’s using this as an excuse to make some quick cash from Rockstar. After all, she’s not the first celebrity to make an appearance in a video game. Ellen Page also previously stated that Naughty Dog used her likeness for the character of Ellie from The Last of Us. However, Page didn’t seem all that upset about it and to be honest Ellie actually resembles Ellen Page more than Lacey Jonas resembles Lindsay Lohan.

Meanwhile, GTA 5 is one of the most successful video games to date, having generated the massive sum of $800 in just its opening day and reaching a staggering $1 billion in just over 72 hours. The game has shipped more than 33 million copies since launch and those were just for the PS3 and Xbox 360. Rockstar Games announced back at E3 2014 that GTA 5 will also be released on PC, Xbox One, and PS4 later this Fall. The game will come with lots of improvements including increased resolution and graphical detail, denser traffic, greater draw distances, upgraded AI, new wildlife, and advanced weather and damage effects.

I’m Load The Game’s co-founder and community manager, and whenever I’m not answering questions on social media platforms, I spend my time digging up the latest news and rumors and writing them up. That’s not to say I’m all work and no fun, not at all. If my spare time allows it, I like to engage in some good old fashioned online carnage. If it’s an MMO with swords and lots of PvP, I’m most likely in it. Oh, and if you’re looking to pick a fight in Tekken or Mortal Kombat, I’ll be more than happy to assist! Connect with me by email markjudge (@) loadthegame.com only
@@MarkJudgeLTG
Previous Samsung Galaxy Tab 4 8.0 LTE coming soon to T-Mobile
Next Microsoft Office finally coming to Android tablets