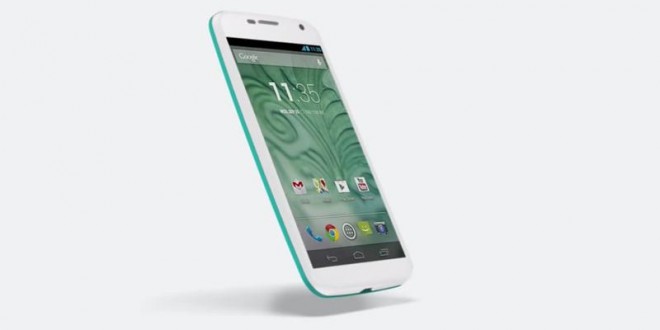 Motorola has been steadily upping its game for the last few years, consistently providing better and better smartphones. While the Moto E and Moto X were never truly powerhouse phones hardware-wise, the phones managed to stand out through a fantastic version of Android, and many fans of the OS have picked up Moto phones exactly for that reason. The Moto X in particular provided as raw a version as Android as possible, almost as fast as the core version found on Nexus phones. Add to that the option to tailor your phone according to your visual needs, and the Moto X became a popular choice for many. Oh, and did we mention Motorola is among the quickest manufacturers to push out new versions of Android on its phones? That’s right, along with the Nexus 5, the Moto E and Moto X were the first phones to get Android KitKat 4.4.3.

Thus, it’s only natural that we’re excited about the upcoming Moto X+1 (or Moto X2 as some call it). We know it’s cooking in the oven, and we know it’s nearly done, but so far, we haven’t had too much information about it. That has just changed, as Brazilian retailer Livraria Logos has leaked some specs about the anticipated smartphone. The information has since been removed, but what was seen cannot be unseen. Livraria Logos is known to leak info about Motorola phones, and the online retailer did the same last year for the Moto E. Whatever it leaked then turned out to be true, so there’s little reason to doubt what we’ve seen this time, especially since it confirms many of the common rumors.

It seems that the Motorola Moto X+1 (as it will be called, it seems) will be strong enough to directly rival flagship phones such as the HTC One M8, Samsung Galaxy S5 or Sony Xperia Z2. The LG G3 is a bit out of its league hardware-wise, but other than that, the Moto X+1 really seems to be delivering this time. The phone will come with a 5.2 inch Full HD 1920x1080p display. We know little about PPI and detailed characteristics, but it’s definitely a good start. Under the hood, the Motorola Moto X+1 will feature 2 GB of RAM and a 2.3 GHz Quad-Core Snapdragon 800 CPU. It’s not the newest 805 chip, but the 800 is still a solid pick that can handle all apps thrown at it. This time around, the Moto X+1 also brings microSD support along with 32 GB of internal storage. A 12 MP camera will be installed in the rear, and while we know little specifics about the sensor, it seems to have OIS. Last but certainly not least, the X+1 will come with a 2,900 mAh battery and, on par with Samsung and Sony, will feature a water resistant case.

Pricing has not been revealed yet, but expect the Moto X+1 to cost around $600 carrier-free. As always the case with Motorola, the phone will come with the latest version of Android out of the box, more specifically the new KitKat 4.4.4. The phone is rumored to be launching towards the end of August, so Motorola still has time to impress and steal some customers before the Note 4 and iPhone 6 arrive.

Old-school gamer with a cheeky tongue that gets me in trouble. When I'm not playing games, I'm writing about them, preferably in the vicinity of a fridge! Oh, and if you're a Justin Bieber fan, I'm afraid we can't be friends!
Previous Age of Empires Online officially shut down
Next iPhone 6 leaked images prove to be fake