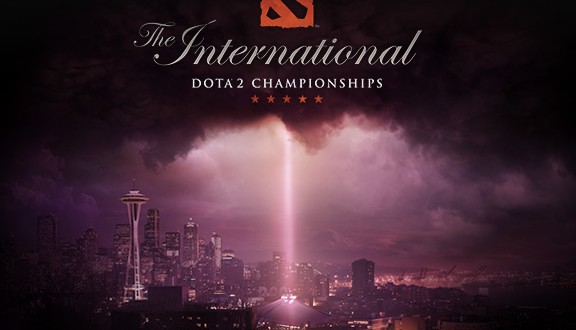 Valve just released a new post entitled “It’s Happening” on Dota 2’s official blog. But what’s happening? The International 4 of course. The most important Dota 2 event of the year is just around the corner and it all begins next Tuesday, July 8th when the Playoffs kick in.

To get us all just a little bit more excited for the tournament, the company announced that every Compendium owner will receive a special gem once TI4 ends. “Once the dust has settled and the new champions have emerged, everyone who owns a Compendium will discover a new gem in their inventory to show off their dedication to The International by displaying their Compendium level, as well as a new emoticon to match. The types of gem and emoticon received will change based on the owner’s Compendium level when the tournament ends.” In case you’re more interested in the event itself than any potential rewards check out the schedule below.

Phase One of the Playoffs will take place Tuesday and has the four second place teams from the qualifiers competing in Seattle for a spot in Phase Two. The second phase is scheduled to take place between July 9th-12th and features a 16-team round robin group stage with the top two teams qualifying directly for the main event while the middle eight teams get to advance to Phase Three. The third phase of the Playoffs will being July 13th and end the following day. This phase features two 4-team brackets seeded from the previous phase. The first team gets to advance directly to the main event winner’s bracket while the second and third teams go to the loser’s bracket. The International 4’s main event is scheduled to take place between July 18th-21st at the KeyArena in Seattle and features an 8-team double elimination bracket.

The invited teams are: Alliance, Invictus, Na’Vi, EG, Empire, DK, Vici Gaming, Newbee, Cloud 9, Titan and Fnatic. Na’Vi North America, Arrow Gaming, LGD, and mousesports have already qualified, which means that only one more team is needed to complete the lineup. This last team will be one of the following: Team Liquid, MVP Phoenix, CIS Game or Virtus.pro. We’ll know exactly on Tuesday after Phase One of the Playoffs ends. The prize pool for Dota 2’s The International 4 has already surpassed the staggering sum of $10 million so we’ll be sure to see some spectacular performances from all the teams.

For more information on The International 4 you can visit these helpful links: 1, 2. Stay tuned for all the latest news.

I’m Load The Game’s co-founder and community manager, and whenever I’m not answering questions on social media platforms, I spend my time digging up the latest news and rumors and writing them up. That’s not to say I’m all work and no fun, not at all. If my spare time allows it, I like to engage in some good old fashioned online carnage. If it’s an MMO with swords and lots of PvP, I’m most likely in it. Oh, and if you’re looking to pick a fight in Tekken or Mortal Kombat, I’ll be more than happy to assist! Connect with me by email markjudge (@) loadthegame.com only
@@MarkJudgeLTG
Previous Nordic Games confirmed that Darksiders still has a future
Next First real photo of the metallic framed Samsung Galaxy F emerges