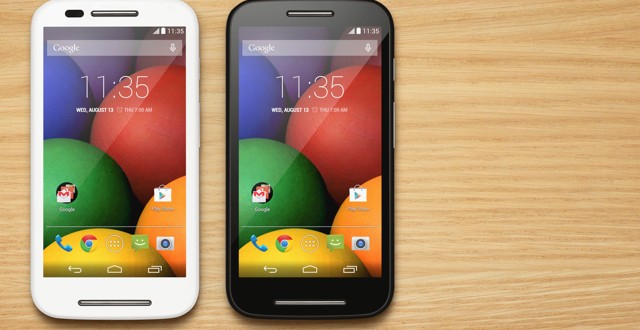 Motorola India announced via Twitter that Android 4.4.4 KitKat  has begun rolling out for the Moto G, Moto E, and Moto X. As with any new update, this may take a while to arrive for everyone, usually up to a week or so. KitKat 4.4.4 will arrive over-the-air (OTA), which means that you should receive a notification as soon as it is available for download. But you can also check for yourself by going to “Settings” -> “About Phone” -> “Software Update.” The download size for Android 4.4.4 KitKat  can be anywhere between 50MB and 75MB depending on whether you’re using a Moto G, Moto E, or Moto X.

Android 4.4.4 will mostly feature security-related improvements, but the update includes some stability and framework fixes as well. The latest version of Android also comes with an updated phone dialer and an improved interface. Since we’re talking about Motorola smartphones we have to note that this update also brings wider availability to the Moto Alert. The feature was initially only available on the Moto E, but now the Moto G and Moto X also benefit from it. The ability to pause and then resume while recording videos has also been added to the Moto G and Moto X.

As per usual with any Android update, a number of Nexus devices including the Nexus 4, Nexus 5, Nexus 7, Nexus 7 (2013), and Nexus 10 have already upgraded to the latest version some time go. As promised by Motorola, the Moto G, Moto E and Moto X were next in line to receive it. The update will naturally be coming to a number of other devices from the other manufacturers in the following month. Rumor has it that the HTC One M8 and HTC One M7 will receive Android 4.4.4 KitKat either later this month or sometime during August.

We’ll keep you up to date as soon as we learn something new so stay tuned.

I’m Load The Game’s co-founder and community manager, and whenever I’m not answering questions on social media platforms, I spend my time digging up the latest news and rumors and writing them up. That’s not to say I’m all work and no fun, not at all. If my spare time allows it, I like to engage in some good old fashioned online carnage. If it’s an MMO with swords and lots of PvP, I’m most likely in it. Oh, and if you’re looking to pick a fight in Tekken or Mortal Kombat, I’ll be more than happy to assist! Connect with me by email markjudge (@) loadthegame.com only
@@MarkJudgeLTG
Previous Users still experiencing syncing issues with Gmail on Android
Next First Nokia by Microsoft handset rumored to be the Lumia 830