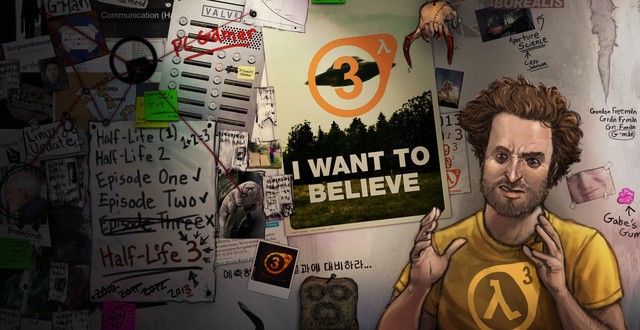 Half Life 3 “confirmed” in the most unusual of places

Readers of the automotive website Jalopnik got a pretty awesome deal last month. For a certain number of dollars they were able to support the 24-hour Nürburgring endurance car race that takes place in Germany. Pitching in naturally came with some benefits including the option of having your name written on the wing or roof of a car. One genius contributor, aptly named Savant took the opportunity to “confirm” Half Life 3 and it only cost him 10 bucks to do it. If Valve doesn’t, someone else eventually has to, right? But not only did he have Half Life 3 written on the side of the car, he was also kind enough to give us a release date for the highly anticipated game: 02.03.2015. The picture below (via Kotaku) tells the whole story.

I believe this gentleman deserves a round of applause, what about you? As funny as it is, this picture serves to remind us again that there is still no word regarding Half Life 3 even though gamers have been demanding it for ages. We know that Valve is currently busy with completely different projects such as the SteamOS and Steam Machine for example, but still. Or maybe we should just finally face an obvious fact: Valve doesn’t develop games that go past the number 2. A few examples: Half Life 2, Dota 2, Portal 2, Team Fortress 2, and Left 4 Dead 2. So if Half Life 3 does come out eventually it will be all the more reason to celebrate.

Some speculate that Valve is taking its sweet time with the game because they need a better engine for it. Back in 2012 Gabe Newell confirmed that the Source 2 Engine was in the works and the company is just “waiting for a game to roll it out with.” Could Half Life 3 be that game? I’m not aware of any other games currently in development at Valve so let’s hope that it will be.

I’m Load The Game’s co-founder and community manager, and whenever I’m not answering questions on social media platforms, I spend my time digging up the latest news and rumors and writing them up. That’s not to say I’m all work and no fun, not at all. If my spare time allows it, I like to engage in some good old fashioned online carnage. If it’s an MMO with swords and lots of PvP, I’m most likely in it. Oh, and if you’re looking to pick a fight in Tekken or Mortal Kombat, I’ll be more than happy to assist! Connect with me by email markjudge (@) loadthegame.com only
@@MarkJudgeLTG
Previous Final Fantasy 14 Patch 2.3: Defenders of Eorzea has arrived
Next Factory reset on Android devices leaves sensitive data in storage